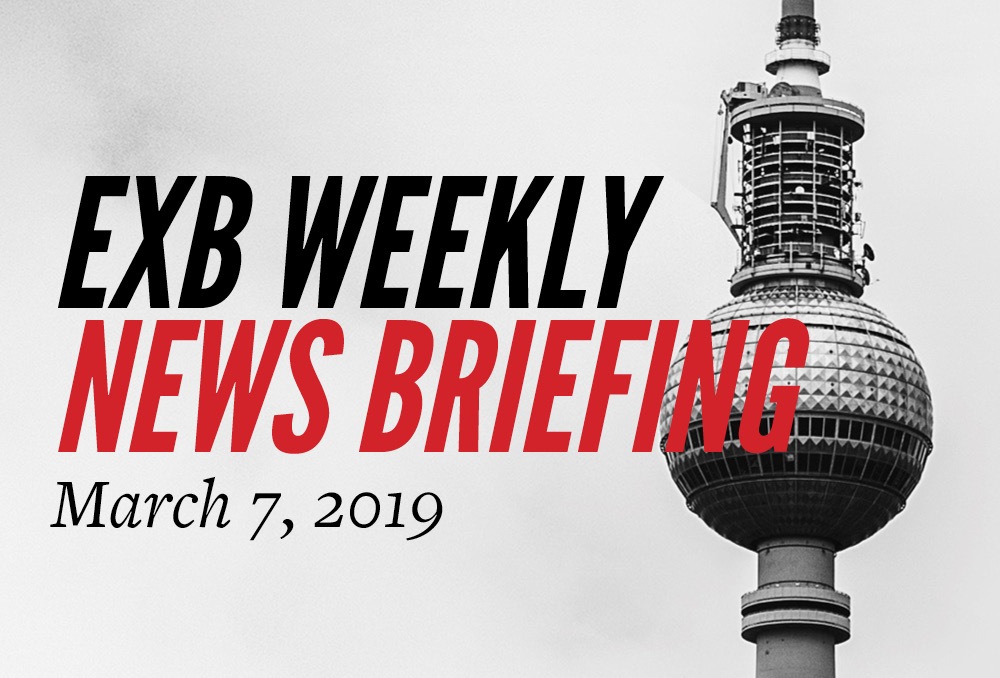 A weekly round-up of news stories that piqued our interest or made us scratch our heads. There is a light that never goes out Another power failure, this one around Alexanderplatz affected 900 households on Tuesday night  – this one a little over two weeks after the 36-hour power cut in Köpenick. Despite efforts, power was only restored around 5:30 on Wednesday morning. Many businesses were cut off from the supply, but the TV Tower itself remained brightly lit, like a shining disco-ball of hope. From London with love On Monday, London’s Deputy Mayor Rajesh Agrawal came to Berlin to sign a cooperation agreement to promote trade and investment between the two cities, defying the potentially distancing effects of Brexit. On Eichhornstraße, Agrawal also opened an office of the business development firm London & Partners, and praised the cities as “two of the world’s leading centres for technology, innovation and creativity… [W]e want to show the world that London is open to business.” Ain’t no Brexit high enough to keep these two cities apart. Maybe. Monday was a howler Storm front  “Bennet” passed over Berlin on Monday, causing wind speeds between 55 and 85 kilometres per hour, according to weather services. You probably saw, heard or felt the storm, as large hailstones rained down and fallen trees even caused disruption to S-bahn lines S1 and S26. Bennet wasn’t a fan of tourist sites either; at Checkpoint Charlie, the historic replica of the “You Are Leaving the American Sector” sign was blown over. Gardens turn kindergardens Starting in 2020, 15 of Berlin’s garden colonies will have to make way for schools and daycare centres and many Schreber gardeners were completely taken by surprise. According to the “Kleingartenentwicklungsplan 2030”, a total of 429 plots will be used to create daycare centers, schools, hospitals, gymnasiums and other social infrastructure buildings. We’re all for buildings for social use, but it’s a big-time bummer for those who have been cultivating their own slices of urban escape over the years. To the streets for… Youtube? A proposed EU laws that holds platforms like Youtube (among others) responsible for copyright breaches led Berliners to protest on Saturday. The march against the so-called “Article 13” ran from Kreuzberg to Brandenburg Gate, and was organised by the group “Berlin against 13”, who argue that the new law will “have a massive impact on the freedom of expression and the diversity of the Internet”. This is clearly an issue close to the hearts of many in Berlin, as thousands protested again in another demo which took place in front of the CDU headquarters near Tiergarten on Tuesday evening. Driving on the wrong side of the law A surprise large-scale police control of cars in Neukölln revealed 101 violations of the law last Friday. In just over 10 hours, a total of 171 cars, 17 trucks and 23 motorcycles were checked; 13 drivers did not have a license, numerous cars had technical defects, 18 vehicles were not insured, and three had cancelled registrations. A busy night for the police, but if you’ve ever cycled down Sonnenallee you don’t need law enforcement telling you that Neukölln’s home to bad drivers…