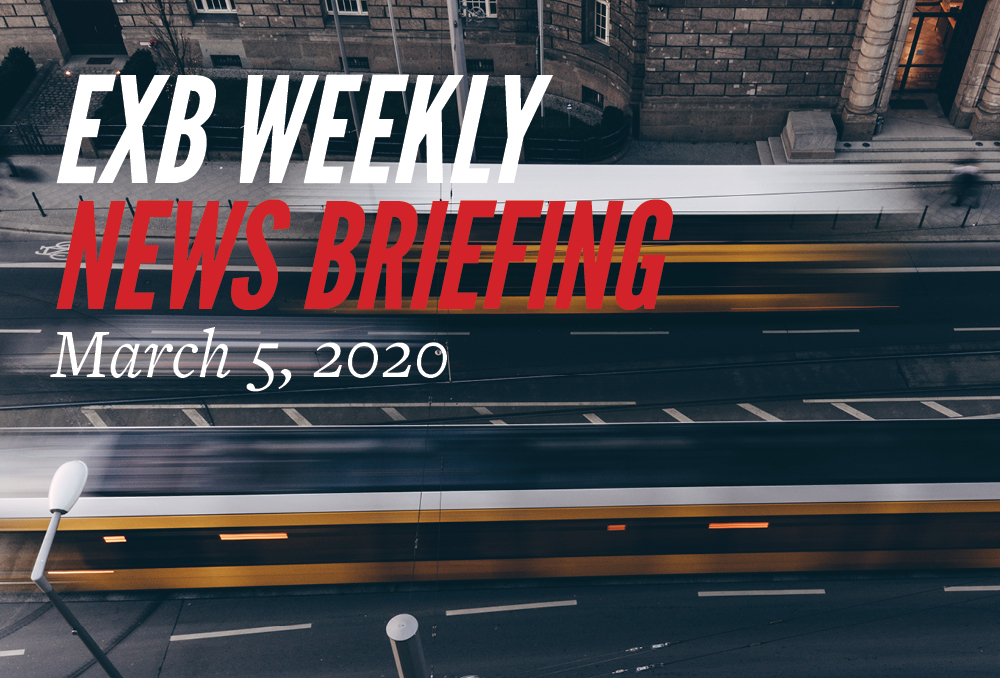 Coronavirus hits Berlin There are now 12 coronavirus cases reported in Berlin. Most of the patients are in quarantine in their homes, three remain in isolation at the Virchow Campus of Charité and one at the Vivantes Clinic in Neukölln. Two of those diagnosed worked in an open plan office with around 200 people. Events including the Berlin Travel Festival and ITB Berlin were canceled, with Berlin’s mayor considering extending the cancellation policy for large-scale events in a bid to contain the virus. Social media has also been awash with photos of empty supermarket shelves, suggesting worried Berliners are stocking up on dried foods, disinfectant and toilet paper in preparation for the worst – although when EXB investigated we found maybe there was not the cause for panic our feeds would have us believe…

Schools on shut-down Two schools in Berlin were on shut-down this week to prevent a coronavirus outbreak. International institution Berlin Metropolitan School in Mitte was closed after it was discovered some pupils’ parents had come into contact with Berlin’s first coronavirus patient, it opened again today (Thursday). Emanuel Lasker School in Friedrichshain, where a teacher who had recently returned from a skiing trip in northern Italy tested positive, remains closed with a notice it is due to open again on March 16.

Police clashes at leftist stronghold Rigaer Straße 94 Three policemen were sprayed with paint and irritant gas near the partly occupied house, Rigaer Straße 94, in Friedrichshain on Wednesday evening. A centrepoint of the left scene in Berlin and a notorious anarchist stronghold, confrontations with the police take place regularly in the area. After this latest clash, police are appealing to city politicians to intervene. Read more about Berlin’s last alternative house projects in our March magazine, out now!

Love Parade: it’s a date! The comeback of Berlin’s Love Parade now has a date: Saturday, July 10, this year. Organisers behind the techno street party, which began in 1989 and last took place in Berlin in 2007, declared everything is set and it now depends if Berliners want it to happen. They have already raised around a third of their target of €1.5 million – ravers, dig into your pockets!

Refugees welcome in Berlin? As Turkey opened its border to Greece on Saturday evening, letting more than 75,000 people enter the EU, Berlin’s mayor Michael Müller has declared he is ready to accept a new wave of refugees into the city. After the experience of the refugee crisis in 2015-2016, he claimed Berlin is better prepared and will continue to help people in need.

Neukölln told to clean up The district office has received more than 7500 signatures on a petition urging for something to be done about the cleanliness problem in neighbourhood schools. According to the Saubere Schulen initiative, children have gone so far as to avoid drinking water during the school day so they don’t have to brave the bathroom… yuck!