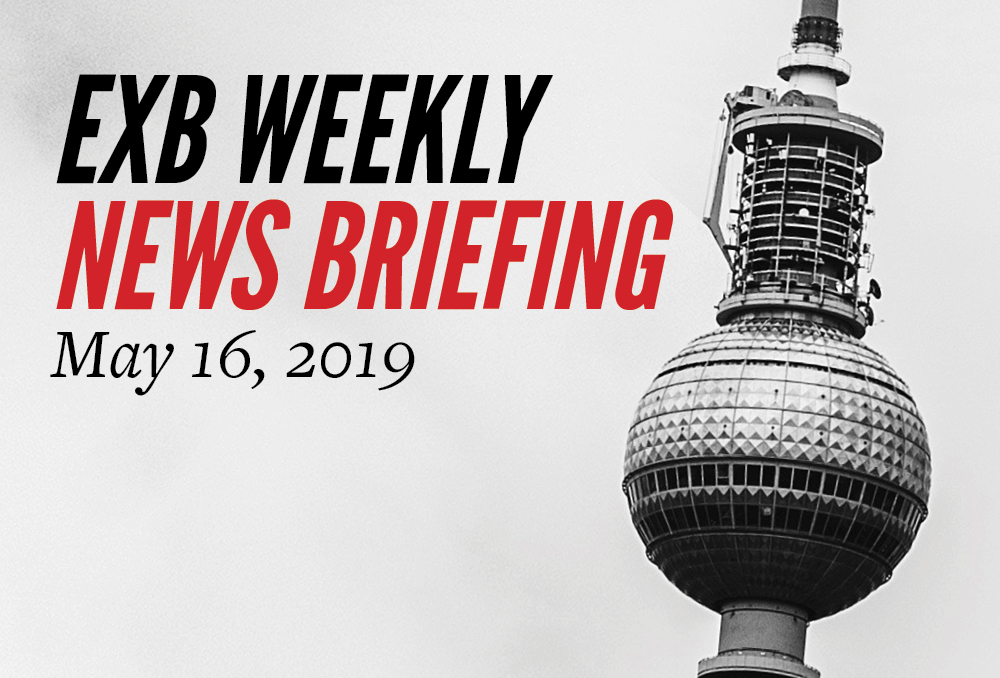 Watch out, Berliners – the rents aren’t rising dramatically? The newest Mietspiegel was presented by the city government on Monday: the rent increase has dramatically slowed and within the last two years rents have only gone up 2.5 percent, whereas from 2015-2017 they rose by about 4.6 percent per year. Urban development senator Katrin Lompscher (Die Linke) is tooting the Senate’s horn and attributes the slow-down to “rent-stabilising measurements of Berlin kicking in”. Whether or not that’s true, Berliners can calm down a little bit… we’re nowhere close to Hamburg or Munich where the rents are high and getting much higher.

Gambled away One of the city’s largest casino providers Vulkan Stern Group is losing its operating permit, it came out Thursday, resulting in approximately 50 casino halls throughout Berlin being told to pack it in. It’s not as huge a loss as you may think, gamblers: between 2013 and April of this year, the number of the Spielhallen has risen from 291 to 405. Fifty gambling halls less might therefore not make any change of violation level in the city, as it was meant.

A Friedrichstraße auto-ban Ever known the nightmare of riding your bicycle down the narrow gray of Friedrichstraße? The Berlin’s traffic administration is currently considering making the bustling shopping and office street car-free in summer and/or autumn seasons, it was announced Friday. Don’t get too excited as nothing’s been decided upon yet, but discussions of how the pilot experiment could work are under way. Talks are expected to continue at the end of the month. If it works out, biking over to Dussmann’s never sounded so appealing.

Bobo baby charms the Berlin Zoo The Berlin Zoo received a bundle of bonobo joy as a new baby was born six days ago. Now the first photos and videos have been published. Baby bobo hasn’t gotten a name yet and is still bonding with mother Opala (21). The bond of bonobo males and their mothers is very tight and can accompany them for many years, often even for a lifetime.

Little red e-bikes Noticed those new, bright red electric bikes all over the city? Thousands of JUMPS have appeared on Berlin streets as US company Uber wants a bite of the app bike market through e-bikes, it was announced by the company last Thursday. The flashy new bikes can supposedly go 25km per hour, with batteries lasting for 50km of travel. Rented through the Uber app, the bikes cost around 10 cents a minute.

Drug dealing within the lines Görlitzer Park’s park manager has placed pink markings on sidewalks and at various points in the park  to signal were drug dealers are allowed to conduct their business – and where not – it came out on Thursday last week. The idea hasn’t necessarily been met with celebration by Berlin officials, as some have unsurprisingly criticised the plan as an “open invitation to the break the law”. And they might have a point: the seemingly well meaning plan has already resulted in police raiding and finding more than just so-called soft drugs such as marijuana or hashish, but also cocaine, LSD and crystal meth.