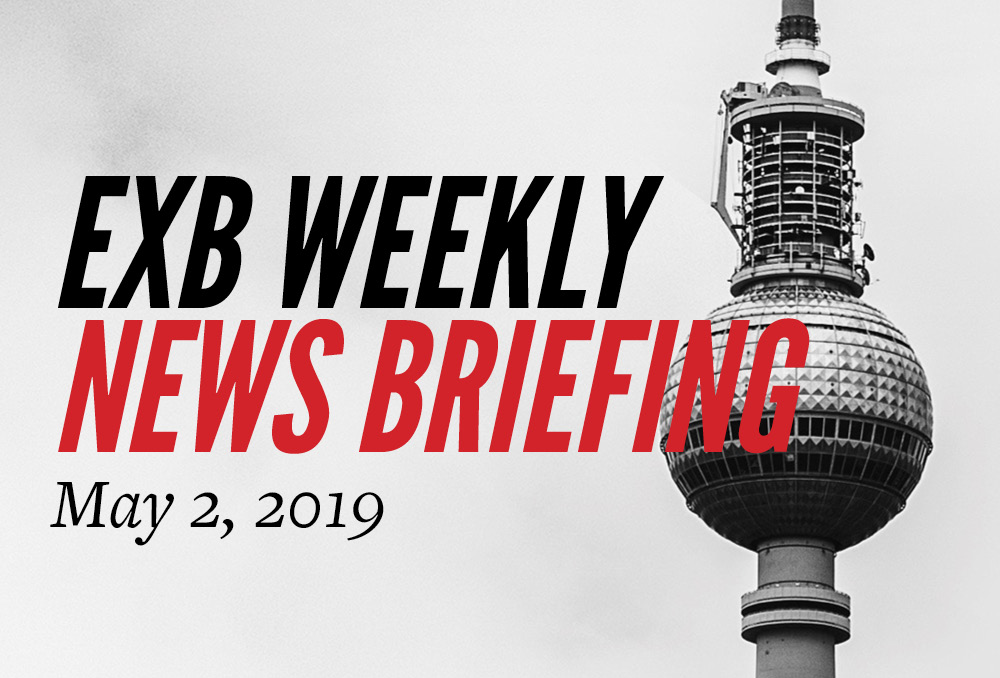 Europe on the mind Europe is on the minds of Berliners. The interest in this year’s European Parliament election has dramatically increased from the last election – 150,000 Berliners have already voted by post, while five years ago, only 90,000 had by the same point. If you can vote, you don’t need to do it by post though, just make sure to register by May 5 and drop into your local polling station on May 26. And if you haven’t made up your mind about who should get your vote, you can try out the wahl-o-mat that goes up on May 3.

A mild May Day Similar to last year, this year’s May 1 remained calm. “MyFest” in Kreuzberg was not overcrowded like in previous years and the demonstrations in Friedrichshain were peaceful. Even though there are a lot of explosive topics the demonstrators were addressing ­­– like rising rents – the rioting days of the 1980s and 1990s seem to be long gone. It wasn’t completely casualty free though, some 30 people were injured and over a 100 people arrested.

Refugee traps Members of the Identitarians have put up posters seemingly directed at Syrian refugees in Berlin U-Bahn stations. Last Thursday the nationalist group hijacked several glass to displays posters that read: “Go home. The war is over. Syria needs you”. Redacted in German though, the message was clearly more aimed at stoking anxiety about refugees among the Germans, than actually addressing Syrians. The posters were taken down the next day and company Wall, responsible for the displays, announced they would sue the Identitarians.

Stoned Socialist In an interview with Die Zeit Jusos (Young socialists in SPD) politician and rising star Kevin Kühnert voiced his support for collectivisation of companies like BMW and putting an end to private accommodations for rent. “Without collectivization, we won’t overcome capitalism,” he said. This earned him a lot of flak from SPD colleagues, including Johannes Kahrs, who tweeted “What did he smoke? It surely wasn’t legal.”

Decadent dots This past Easter weekend, green spots appeared on the streets of  Bergmannkiez, but it wasn’t until the following Wednesday that the Friedrichshain-Kreuzberg district made clear why: they are there to bring awareness to the heavy foot traffic in the area. However, this €146,500 project mostly confused both pedestrians and drivers and provoked a lot of ridicule on social media – being described as Kita style deco. Furthermore, the dots already changed their colour from bright green to yellowish grey after one week!