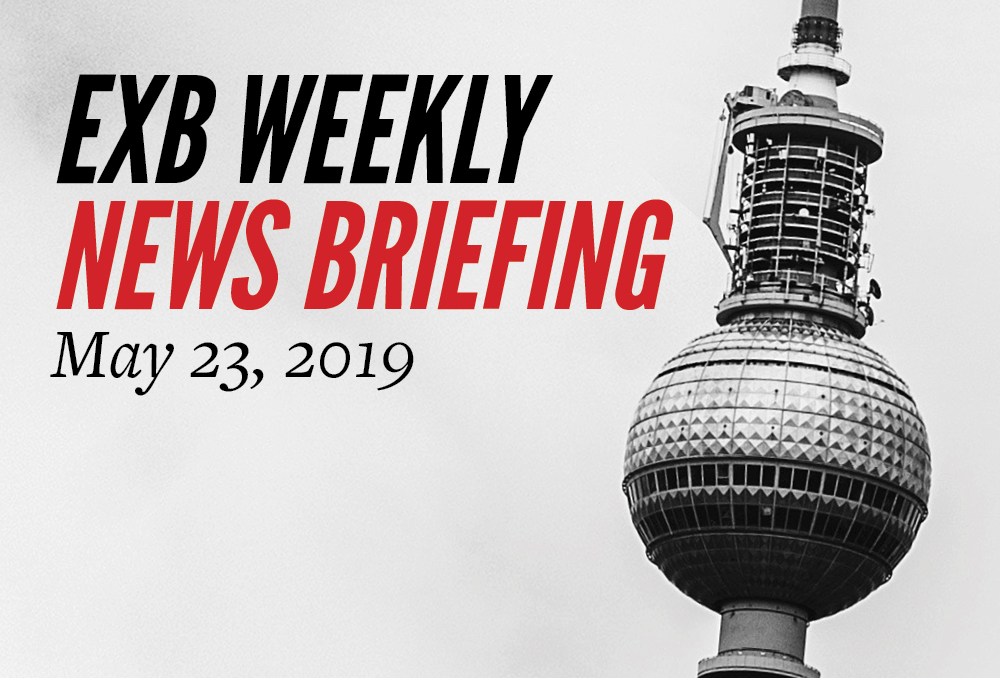 Happy anniversary, Grundgesetz! Germany’s standing constitution turns 70 today! The Grundgesetz was ratified on May 23, 1949 and came into force a day later. If there’s one line from it most Germans know (as well as anyone who has ever taken an Integrationskurs), it’s Article 1: “Die Würde des Menschen ist unantastbar.” (Human dignity is inviolable). With this knowledge, go forth and impress thy German friends!

A cold shoulder to wine May started with historically low temperatures and the month is still far too cold: temperatures are more than two degrees below average nationwide and Brandenburg fruit farmers report catastrophic damage from the freezing nights at the beginning of the month. Apple, cherry and plum trees were damaged. Frost levels as low as -7 degrees also affected grapes and therefore this year’s wine production. You may need to cut Weißweinschorle out of the summer picnic menu this year.

Will your food get the green light? The government of Rhineland-Palatinate and the Berlin Senate are pushing Federal Minister of Nutrition Julia Klöckner (CDU) to introduce binding rules for the labeling of healthy and unhealthy food, asking for a colour-coded system to be put in place. What would that look like? Markings of red, orange, yellow, light green and dark green, which – clearly visible on the packaging – are meant point out the potential risks in your grocery basket. We should find out if the system gets green-lighted after a federal consumer protection conference on May 24.

The ballot’s in the mail Ahead of the European Parliament elections on Sunday, voting by postal ballot has reached a record high in Berlin. Almost half a million ballots have been sent in the mail already, it was announced on Wednesday. That’s almost 130,000 more than at the last European election five years ago. It also means every fifth Berliner has gone postal with voting. Berliners do hold their Sunday’s sacred… maybe that applies to voting, too.

German grass Dude! Legal cannabis-plantations in Berlin! Medical marijuana can be prescribed in Germany since March 2017. However, it is not actually grown here and needs to be imported from other countries. To guarantee (German) quality, Germany wants to grow the ganja locally and called for tenders to cultivate 10,400kg of cannabis in total. Thirteen German companies were picked and on Monday it was announced that two of them are in Berlin: start-up Demecan and Aurora Produktions GmbH. The first harvest can be expected at the end of 2020. The future is looking dank!