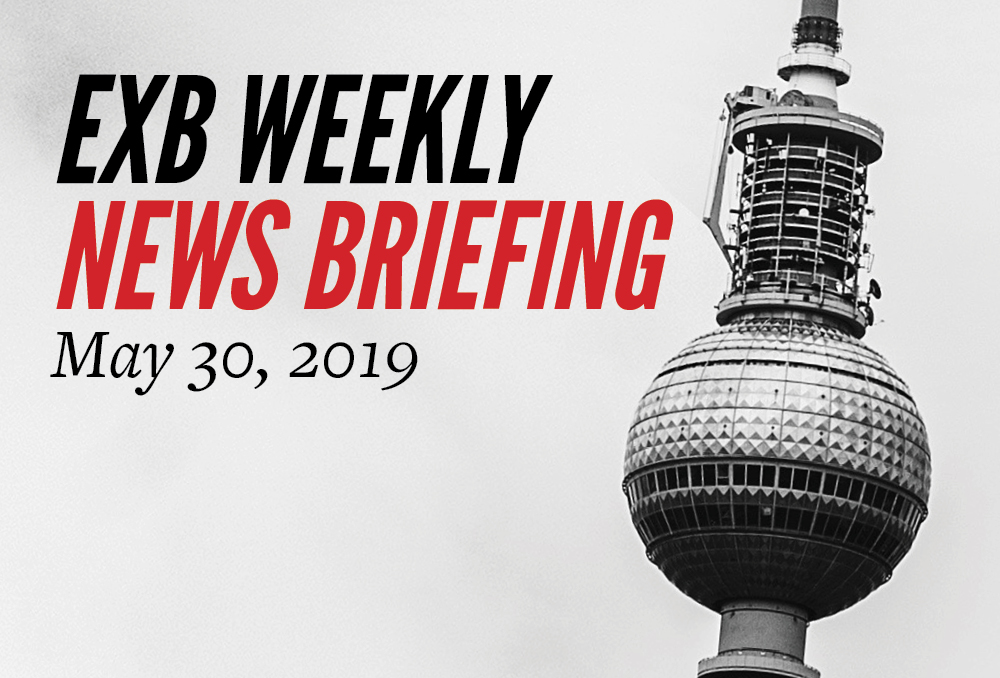 Basic income for the jobless Berlin’s Rot-Rot-Grün coalition has given the green light to free up €200 million for a pilot project for the basic income for Berliners without jobs. Mayor Michael Müller’s plan for a five-year funding programme will initially benefit 250 unemployed Berliners starting July 1. The plan is to distribute the money to the unemployed before they fall into the Hartz-IV system and over time reintegrate them into state jobs such as Kita assistance or nursing care. The exact amount each person receives isn’t yet clear.

Fighting for the right to occupy After eight months of occupying a building on Kreuzberg’s Großbeerenstraße, tensions came to a head when police arrived at the building and two people were arrested, however talks remained outside the house. The occupiers had draped a banned with the words “#Besetzen For Future” (giving a nod to Fridays For Future). At the end of the evening, the occupiers left the house. Is Kreuzberg losing its bite?

Berlin votes green The results of the weekend’s European Parliament elections are hardly surprising: A large chunk of Germany’s political map is black (CDU: 28.9 percent), with a few dots of red (SPD: 15.8 percent) and green (Grüne: 20.5 percent) and a noticeable blue section (AfD: 11 percent) in the east. However, nearly all of Berlin is green with a black Spandau and Reinickendorf and a violet (Die Linke) Lichtenberg and Marzahn-Hellersdorf. 27.8 percent of Berlin voted for Die Grüne, Friedrichshain-Kreuzberg being their biggest stronghold with 40.3  percent. In total, six of the 13 Berliners going to Brussels are greens.

Underdog Union On Monday evening Union Berlin played 0:0 against VfB Stuttgart at the Alte Försterei and ascended, for the first time in their history, to the Bundesliga (Germany’s national league)! It’s the first time since the rise of Energie Cottbus in 2009 that a former GDR club is playing in the national league again. After the team was stuck in the second division for 10 years, their fans’ euphoria was overwhelming. Seems like sticking with the underdog means you can party extra hard when they finally succeed!

Legal park sprees Spreepark in Plänterwald opens its doors once again – to be visited legally – from June 1. Park management company GrünBerlin will be selling tickets to 60 guided tours scheduled to happen in July and August. Tickets will be available online and ticket offices. Alternatively, you can wait for September 14 and 15 when there will be an open day and GrünBerlin will present the latest plans for the future Spreepark. Visitors can join the discussion, too, so start mapping out your ideas for the new “nature and culture park for all”.