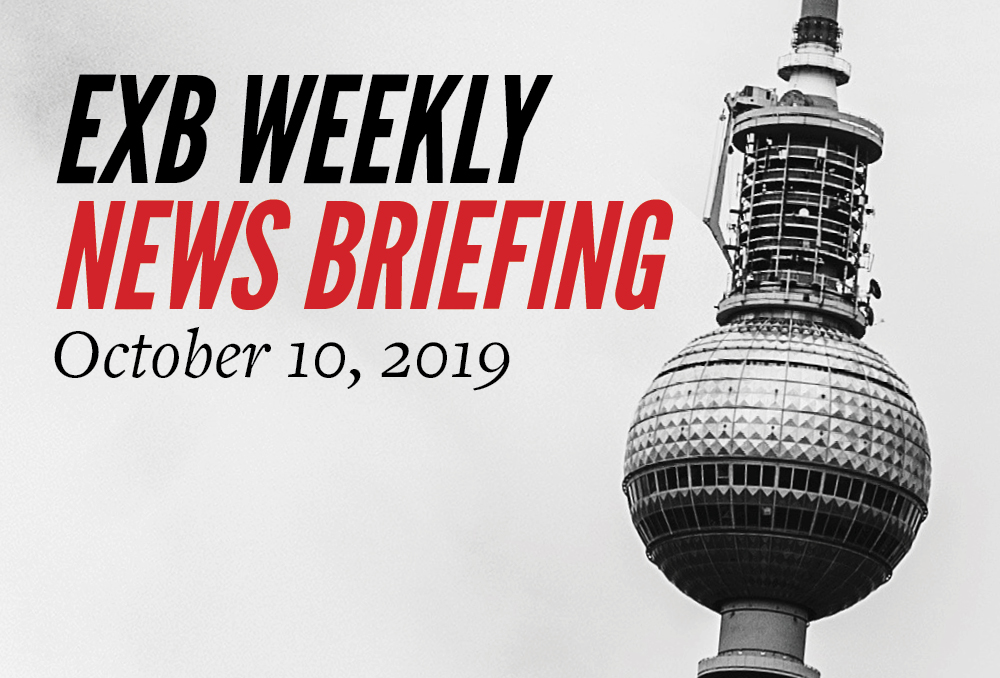 Berlin reacts to Halle shooting Security has been upped at Jewish sites in Berlin after a shooter who targeted a Halle synagogue celebrating Jom-Kippur and a kebap shop killed two people on Wednesday afternoon. The German suspect, who was arrested shortly after, had published a ‘manifesto’ denying the holocaust prior to the attack. In Berlin, police presence was promptly increased in front of the New Synagogue, which had also been the site of a knife incident the previous Friday when a 23-year-old supposedly Syrian man carrying the 20cm blade was tackled at the entrance.

AfD thrown out of Berlin The city’s AfD has moved their political convention outside of the Hauptstadt after they failed to find a location to hold the event planned for the beginning of November. After weeks of searching and a reported 76 rejections from Berlin event locations, the AfD has settled for Schloss Diedersdorf, located just outside the city, in Brandenburg. The wave of rejections were motivated by the location owners’ political views, but also by the fear of radical left-wing vandalism and possible threats.

Extinction Rebellion The international climate stike group, Extinction Rebellion, staged a campaign of civil disobedience in Berlin this week. Around 1000 protesters caused traffic disruptions in Mitte by erecting a faux Noah’s Arc at the Victory Column, while more carried out sit-ins and lay-ins at Potsdamer Platz. The blockades set up there remained in place for more than a day and eventually had to be sawn open. German ship captain Carola Rackete arrested for docking a migrant rescue boat off the coast of Italy in June also gave a speech, while the group’s leaders camped in front of the German Chancellery – politicians, it’s your move.

Fire at Berlin’s hippest Döner Kreuzberg döner stand Mustafa’s Gemüse Kebap went up in smoke on Monday after an oil fryer overheated and caught fire. Although the flames were extinguished in 10 minutes, the damage caused at the Mehringdamm imbiss to close for several days, no doubt confusing its regular hipster tourist crowd.

Landlords, they’re not that bad really… In response to the much-discussed rent freeze, landlords across Germany are uniting to convince tenants not to celebrate the proposals out of “sheer ignorance”. The German Association of Housing and Real Estate is asking its members to donate 30 cents per property (around €1.6M) to fund a positive image campaign and educate us about free markets – because that’s working well so far.