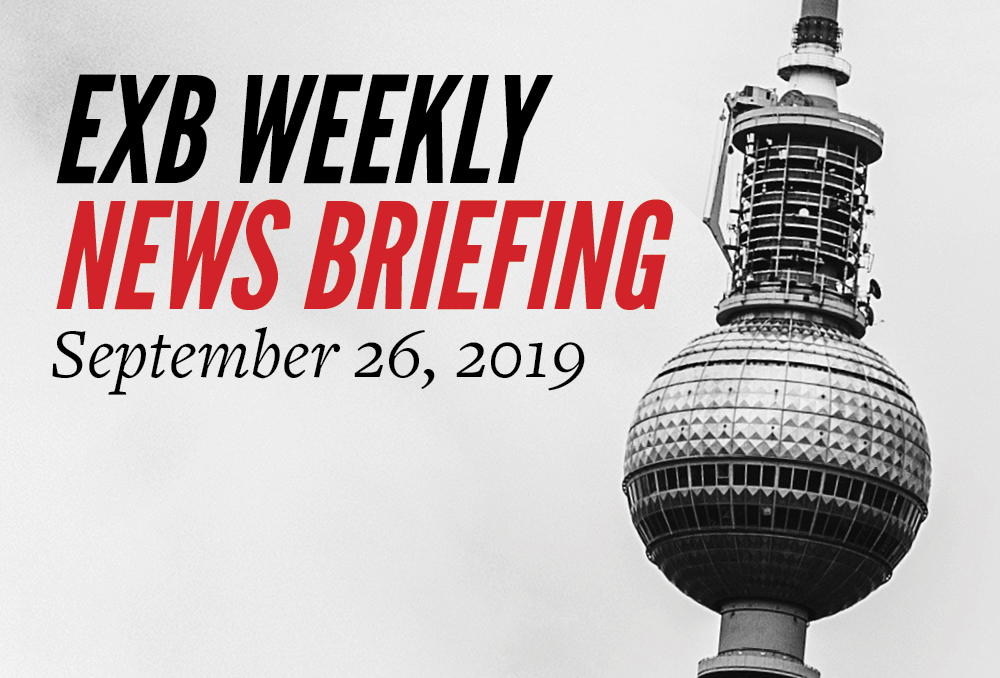 Higher prices for public transport… it’s official After all the talk of lowering public transport costs in Berlin, the lofty stance of making the city more environmentaly friendly, and last week’s ‘car-free’ Sunday, transport costs are being raised again. The price hike comes into effect in December and will see one-way tickets jump 10 cents (€2.90), while the monthly Umweltticket for zones A and B will cost €3 more (€84). Well the talk was cheap…

Influencer bootcamp opens in Berlin YouTube is turning to Berlin to find the next generation of influencers. The company opened a new creative space on Museumsinsel (Tucholskystraße) on Tuesday, offering support to local creators with a following of over 10,000 people. The chosen few have access to roughly 1500 sqm of free video production and editing suites, while up and coming musicians get high end recording spaces and equipment. Just what we need, more hipsters with a camera.

Lakeside stroll… maybe soon! Wouldn’t it be nice to actually be able to walk around all the beautiful villa-lined lakes around Berlin? Well, a lawsuit might make it possible. The lake in question, Potsdam’s Griebnitzsee, has been at the centre of a potentially precedent-setting lawsuit to create a public lakeside path. Surrounded by private estates which are closed off to lake visitors, Potsdam city council are arguing that actually the homeowners’ property rights are secondary to the public good of having the open path. A case to keep an eye on!

Go fuck yourselves! Neukölln’s battle against drug related litter took an interesting turn this week with the release of new posters telling dealers and users to “Verpisst euch” or “go fuck yourselves”. The new tactic (temper tantrum?) by Britz-based CDU politicians came after a reported surge in drugs trash especially in playgrounds and parks like world cultural heritage site Hufeisensiedlung. To make sure there is no misunderstanding the posters have helpfully been translated into English and Arabic. While a few swear words probably aren’t going to make a difference, we have to give them points for grabbing our attention.

Extremists hijack climate message Last week’s impressive climate strike ended on a sour note when extremists set fire to S-Bahn cables, causing travel chaos on Monday particularly in the south east of the city and routes to Schönefeld Airport. While roughly 270,000 Berliners protested peacefully on Friday, with some 80,000 gathering at Brandenburger Tor, a radical leftist group ‘Vulkangruppe ok’ claimed responsibility for the vandalism which occurred near S-Bahn Karlshorst on Sunday night. The group linked the crime to the Fridays For Future movement. Whether ‘Vulkangruppe ok’ is really behind the disruption is unknown, but they are certainly not helping the cause.

Run Berliners, run! Good luck to our readers participating in the Berlin marathon this weekend, which is returning for its 46th edition. Roughly 60,000 runners, skaters and wheelchair users will be huffing and puffing their way around the city on Sunday from 8:50am, starting and finishing at Straße des 17. Juni. Check the BVG website for details of travel disruptions affecting cars, buses and S-Bahn routes. We’ll be cheering for you… with a beer at the sidelines!