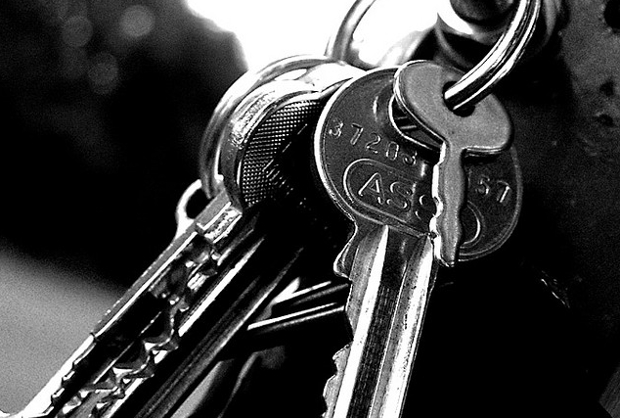 Subletting your furnished flat to jetsetters wanting the real Berlin experience can be extremely profitable. But things are changing. The authorities are cracking down on tourist rentals – widely blamed for rising housing costs – with a ban going into effect on May 1. What real-life impact will the holiday apartment ban actually have?

UPDATE: On May 1, the city government’s Law on the Prohibition of Misuse of Housing goes into effect. The holiday flat law passed in November and doles out a steep fine to anyone renting an apartment out to short-term guests (of less than two months) without specific authorization. It’s expected to free up roughly 12,000 apartments that are currently mostly being rented out to tourists. The city has hired 34 officials to monitor apartment usage and enforce the ban, although how they’re expected to do so is still unclear.

The law allows for a two-year “transition period” to soften the blow, meaning current landlords won’t be affected yet. However, no new apartments are allowed to be converted. So how does this affect current users of flat rental services like AirBnB? If you want to rent your flat out while on holiday after May 1, you’re technically supposed to request a permit from the district office; however, spokespeople from the company itself have advised against doing so, hoping that the city will eventually make an exception for them.

Damon* takes pride in being what he calls an “unofficial ambassador” for Berlin. “I love this work, it’s just up my alley. I greet people from all over the world, give them info about the city and if I have time, offer to show my guests around the neighbourhood.” For over six years, he ran holiday apartments in Kreuzberg, his home since 2001. Using handpicked flea market furniture, he created what he refers to as “homes away from home”. His guests were always very happy with the set-up, which he rightly says is “cheaper and lovelier than a hotel”.

Since the American company Airbnb was founded in 2008, holiday sublets have been booming. Two years earlier, however, Damon (from California) was one of the frontrunners in providing this type of accommodation in Berlin. After a dream experience in a Cannes holiday apartment, he decided to do the same with his Kreuzberg home. He found that he was staying over at his partner’s place more often than not so, rather than have his flat stand empty, he started renting it out to tourists through Craigslist, enabling them to enjoy a more authentic Kiez-based experience of the city.

In the beginning, Damon started with just one flat but he was soon subletting three apartments, all of which were then rented out per night to tourists, earning him a mean €4000 profit per month. His model was to be replicated all over the city, fed by Berlin’s booming tourist industry, which continues to grow like no other European city’s. Last year almost 11 million guests stayed in hotels alone (an 11 percent rise on 2011) while countless others booked flats through Airbnb and its two successful copycat start-ups in Berlin, 9 flats and Wimdu. There are estimated to be between 10 and 15 thousand holiday apartments in the city, operating for the most part on a small trouble-free scale. But this may no longer be possible…

As of January 1 of this year, the district of Pankow has banned all holiday apartments. With rents rising and affordable housing increasingly scarce, Pankow wants to reclaim these tourist flats and make them available to year-round Berliners again. “ We still live in a social city and when the market goes off the rails, we have to intervene. It’s the responsibility of state institutions to at least cushion the rent increases… We need these apartments for the people who live here long-term,” says local councillor Jens-Holger Kirchner. As the year goes on, the ban will gradually be enforced across the whole district, including Prenzlauer Berg’s estimated 1500 tourist flats. Operating on a system of public tip-offs (Stasi-style informing on your neighbours?) and some internet-based research, Kirchner wants to initiate a ban on all commercial use of residential buildings, aka a Zweckentfremdungsverbot.

All rentals of under 28 days in Pankow have now been technically forbidden. However, it seems that the measure isn’t targeting people who sublet their own apartment while out of town, but rather at the regular short-term and commercial use of flats. Kirchner dismisses claims that it’s a paper tiger reform. With a maximum fine of up to €50,000 and inspection teams already in the streets, he appears to have the firepower to back it up. Though thus far, there have been no confirmed penalties.

For now the ban applies only to Pankow, but the city Senat has drafted a city-wide bill with a final ruling from the Abgeordnetenhaus expected to follow soon. It is actually a measure that existed in Berlin up until 2002 – because of the current lack of available housing, the city government now wants it reintroduced. If a law is passed this summer, however, individual districts would still have the final say, meaning that a holiday apartment ban only seems likely in the more desirable districts. And then there would also be a two-year grace period. Airbnb addicts needn’t go cold turkey just yet.

Whether or not the ban would even improve the housing situation in the city remains debatable. Over the last few years, holiday apartments have multiplied in Berlin but the estimated 15,000 units seem like a drop in the real estate ocean compared to the city’s 1.6 million dwellings. Furthermore, the much-maligned fat cats held responsible often turn out to be relatively small-fry entrepreneurs – Damon, for example, or Jean*, who moved from her native England to Berlin in 2006. After selling her central London home, she discovered that with a bank loan she could actually afford a whole building in Prenzlauer Berg. It has 16 apartments – she lives in one, three are now holiday apartments and the other 12 are rented out to the same people as when she bought it. Her holiday apartments, going for between €50 and €75 a night, are managed and maintained by a friend of hers who takes a cut of the profit. As a bleeding heart anti-capitalist, Jean insists that she has never once raised the rent of her long-term tenants and that the tourist flats provide her with flexibility for when friends or family want to come and stay. And of course also with financial security, which she then uses to make and self-produce her own films in Berlin.

She gets irate at any suggestion that holiday apartments like hers might be contributing to the city’s housing problems. Instead, she believes that the ban shows how the Senate continues to buckle under corporate pressure. Backed by the big bucks of the hotels, Berlin’s hospitality lobby (DEHOGA) has been a vocal supporter of the proposed city-wide ban on tourist flats, which would likely see a big increase in their takings because visitors simply wouldn’t have any alternative. As Jean sees it: “The state doesn’t like small businesses because it doesn’t profit and they can’t control as much. Politically, they would sell their own mother for money and now they’re suddenly so concerned with social housing and tourist flats. It’s ridiculous.”

Since the fall of the Wall, many of the housing protections provided to the Hartz-IV end of the city have been steadily eroded. Noting Prenzlauer Berg as an archetypal example where the city government has failed to take proper care of the housing situation, Andrej Holm of Humboldt University believes: “The traditional social-democratic orientation of German housing policy was abandoned; urban renewal policy no longer seeks to supply ‘wide circles of the population’, but instead promotes the better off.” And today, the protest camp at Kottbusser Tor is evidence of the frustration felt by those who are being priced out of 21st century Berlin.

The city is currently losing over 10,000 state-subsidised social apartments per year and critics have argued that the recent interest in providing affordable housing is somewhat hypocritical. The Berliner Tenant Community has labelled the city government’s ill-defined, see-sawing housing policy as “more liquid than water.” And many continue to question what real-life impact the holiday apartment ban can actually have.

The negative effects produced by Airbnb and co can’t be denied either. Last year, there were horror stories in the German media of Wilhelmstraße residents losing their long-term neighbours overnight, only to be replaced by ever-changing techno-tooting tourists. Damon with his four tourist flats in Kreuzberg never had any real problems with the noise of his guests but he did witness rents rising as a direct response to his handsome little business. “What tends to happen is that landlords, when they catch wind of how the apartments are being used and how much income is being generated, will up the rent. And in two cases of mine, the rent increase spread throughout the whole building.” While restating the nicer, more personal way of travelling that he offered tourists, Damon remains concerned about the knock-on effects for “Joe Berliner”.

After years of running his holiday apartments unofficially and tax-free, Damon decided to come clean with the authorities last year: “I loved the hospitality business so much, I decided to go legit.” That was until the Finanzamt sucker-punched him with a €7000 tax back payment, putting an end to his days of welcoming Craigslisters to the city, at least for now. Jean continues to run her above-board business in Prenzlauer Berg and says that if the new measures are enforced, she will simply (but reluctantly) find long-term tenants instead.

For a number of reasons, Berlin’s housing situation has very quickly come to a head. The city’s post-Wall population fell for many years but since 2004 it has been growing and increasingly so, now at a rate of 40,000 per year (Amt für Statistik Berlin-Brandenburg). On top of that, the global economic crisis has left Germany, and in particular bargain-basement Berlin, as an obvious option for international property investors who can then rent out their properties to tourists for a better return on their money.

The current real-estate boom is in danger of leaving behind many of Berlin’s long-term residents. And while the small number of tourist rentals certainly doesn’t ease the problem, the whole holiday apartment brouhaha smacks of political desperation; a sort of smoke and mirrors show where the city avoids responsibility for years of big business planning, at the expense of “Joe” who can’t afford to be a Berliner anymore.