The AfD was born as a tiny neo-liberal movement in the western state of Hesse; now it thrives among the working and lower-middle class in the former East. Has the party changed?

If you look at the number of burnt refugee homes and the like… There’s a culture of xenophobia in the East.”

There are two AfDs. One in West Germany, marked by the origins of the party: neo-liberalism on the economic level and a moral conservatism reminiscent of the values advocated by Helmut Kohl in the 1980s. And one in the former East – less preoccupied with the euro and the economy, more prone to Islamophobia. There’s a culture of xenophobia in the East. If you look at the number of burnt refugee homes and the like… even though there are some hotspots in western cities like Dortmund, overall, the East has more anti-immigration violence. Another typical feature in eastern states is the anti-establishment discourse. Populism typically opposes ‘the people’ to the elite, and this finds an echo amidst the part of East German population that sees itself as left behind and ignored by a reunified Germany.

How do you explain that “culture of xenophobia”?

Of course you have socioeconomic causes: the shock of reunification, the destruction of industrial and employment structures; but that doesn’t explain it all. There are also cultural roots. The GDR was walled off like a jail, and people had very little contact with foreigners. There actually were some immigrants in the East – the result of selective immigration coming from “brother countries”. But those political refugees and foreign workers from Chile, Vietnam or Mozambique were parked away, living and working with no everyday contact with the local population, so East Germans never experienced multiculturalism. Meanwhile, generations of Turks and Yugoslavs came to West Germany, first in the 1960-70s and later in the 1980s, and deeply transformed the structure of society, making it de facto very multicultural.

Do you see this East/West divide in Berlin as well?

Absolutely. If you look at last year’s local election results, the divide is pretty clear. AfD voters in the West usually have a job – they’re not poor – but they fear proletarianisation and social downgrading. The refugee wave added a layer of identity fear, of losing one’s cultural bearings. But mainly it’s about that fear of being left out of the future. The AfD’s main stronghold, though, is in the peripheral East – from Marzahn and Hohenschönhausen curving down to Treptow and Köpenick. And you have two types of voters: the Russendeutsche, Germans coming from Russia, and those who suffered from the reunification – many long-term unemployed people who feel let down by the state. You must realise that East Germans suffered two major shocks within 25 years. First, reunification – they lost their country, often their jobs and what they see as their dignity; then, globalisation hitting Germany in the form of the huge refugee influx, and the state throwing all that public money in support of them.

We talked to AfD sympathisers who used to vote Die Linke… Do you think the party has hijacked a traditionally communist electorate, especially in the East?

Most AfD voters have never voted before, and you also have those coming from the CDU/CSU – people with proper political expertise as former militants with the youth organisation Junge Union Deutschlands. But yes, I do believe that the AfD is profiting from a paradigm shift in the East German protest vote. Die Linke was a credible alternative as long as the stakes were economic – they represented the East German workers against the West German capitalists who profited from reunification. But now it’s become an issue of cultural identity – a clash between globalisation embodied by the foreign invasion and the need to protect the so-called Leitkultur. And in this battle, the Left – with its internationalist heritage – has lost its relevance. Look at what happened in France: Front National has replaced the Communist Party as the country’s number-one working-class party.

Does the East/West divide also exist among the AfD’s national leadership?

Yes, if you observe how they fight within the party, you definitely identify these two cultures. In terms of socialisation and career, Jörg Meuthen in Baden-Württemberg has little in common with Frauke Petry from Saxony. That’s why, when AfD took off in the middle of the refugee crisis in 2015, I didn’t see a long-term future for them – I thought they wouldn’t be able to agree on a proper platform and would sooner or later split off. They patched up their differences, but it’s still very tense. What’s interesting is that whereas the party is still doing very well in the East with about 18-20 percent, it’s stagnating in the West at around 10 percent, even after the December terrorist attack in Berlin. You could have expected a huge emotional backlash and a surge by AfD in the polls then, but it didn’t really happen. It’s a bit of a cliché, but Germans do hate Unordnung – if there’s disorder in the house, it means mummy didn’t do her job well, and you can see how the ultra-conservative fringe of CDU immediately turned to the AfD during the refugee mess. But it seems that Merkel’s managed to reassure the right wing of her own party and the CSU – she closed the borders and has brought the situation under control. Of course, this came at the price of relying on Erdogan’s Turkey, which put her in a delicate position.

Most populist parties across Europe are tapping into a strong anti-EU sentiment and calling for an “exit” referendum. Not the AfD. What’s the alternative they’re offering?

True. Here, the alternative is mainly to the “system”, a form of protest against an establishment that rules to its own benefit and lies to the people. They’ve been capitalising on the “grand coalition” effect and this idea that all parties are one mainstream ruling establishment – no right, no left. It’ll be interesting to observe the effect of a candidate like [Martin] Schulz, who’s bringing back some competition within the democratic system. There might still be a coalition, but it could potentially be led by the SPD for the first time in 12 years…

I still believe in some sort of German exception. I see Germany as a relative island of political stability in Europe right now.”

There clearly is a crisis of representative democracy sweeping through Europe, both informed by and expressed through a deep mistrust towards the political elite and the press – and often directed against migrants. But if you compare Germany to countries like France… I still believe in some sort of German exception. A recent British survey found that Germans are the least susceptible to populist ideas among Europeans.

The typical explanation for that is the Nazi trauma and “never again”. Do you see this still playing a role?

I think the moral Auschwitz sledgehammer is still operating. But I also believe that AfD and Pegida have opened a new semantic space, making words like völkisch and Lügenpresse possible again in the national political discourse – and not at some radical right fringe meeting in remote Saxony. Ten years ago, this would have been unthinkable. It’s a global phenomenon, though. Trump and even conservative leaders like Francois Fillon have been using the kind of patriotic language we haven’t heard since the 1930s, and it’s worrying.

But still, you don’t see a populist takeover happening in Germany in the foreseeable future?

No, I don’t. AfD definitely imposed itself on the political landscape as Germany’s third party, in place of liberal-progressive parties like the FDP or the Greens, who’ve totally collapsed. The AfD profited from Merkel’s shift towards the centre, and are occupying the space freed on the right of her party. Basically, it means more of the same SPD-CDU grand coalition as the only viable governing solution for the future.

So, according to you, the AfD is condemned to remain a protest party?

Populist movements typically capitalise on the protest vote, and AfD is doing just that – that’s both its advantage and its limits. Plus, German democracy is holding well. There’s a consensus here around democratic values and a strong civil society, which you saw in full swing during the refugee crisis. There’s also a huge respect for and trust in political institutions like justice, unlike what’s happened in France with the leading conservative party candidate running for president despite being under investigation for misuse of public money! I don’t believe it would be possible here. Even the mistrust towards the media you see everywhere is not as bad in Germany. And last but not least, as long as the economy machine works full steam and there are enough jobs, AfD won’t have a real chance. So I see Germany as a relative island of political stability in Europe right now. 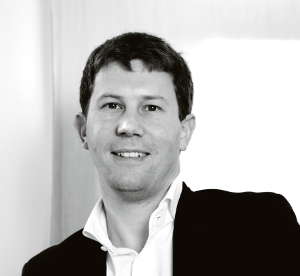 Born in Lorraine in 1978, Emmanuel Droit is a modern history professor and researcher specialising in the culture and society of East Germany. Since 2014, he’s served as deputy director of Berlin’s Marc Bloch foundation, a German-French social science and humanities research centre affiliated with Humboldt University. He’s the author of several books, including Forward To the New Man?, which explores the “construction of the New Socialist Man in East German schools” (Böhlau Verlag, 2013).