You have been a couples therapist for over four decades. From what you see in your practice, how have relationships changed over the years?

Many of the issues I see are the same as they were when I started out. The biggest change is digital media. The opportunities to meet potential partners have multiplied and that comes with advantages and disadvantages. On the one hand, people who otherwise struggle to make new contacts can now use online dating to increase their chances of finding love. On the other hand, we see that frustrations are tolerated less, because if something doesn’t fit our ideal, we can just swipe left or WhatsApp someone else. If you can chat with several people at once, it doesn’t matter as much when something doesn’t pan out.

But that expectation of perfection doesn’t come from online dating, does it?

No, but the excessive supply of opportunity fosters an attitude of entitlement. It accelerates a problem I once explained to a patient using the image of a camel in the desert: a thirsty camel finds an oasis, looks at it and concludes that no, it’s not good enough to drink from. It moves on, its thirst increasing, and reaches a second oasis but finds it to be worse than the first one, so it cannot possibly drink from that one now. It keeps going, getting thirstier and thirstier, until it discovers a third oasis, which proves to be the worst of all, but now it is so desperate that it stays there.

So as opportunities multiply, so do disappointments and our inability to deal with them… What’s the way out of this vicious circle?

The general tendency is not to have this one relationship that lasts from initial infatuation until death, but to engage in serial monogamy. And that can be a good thing, provided that we learn from past relationships and can enter the next relationship as a wiser person. Unfortunately, there are people who react to emotional failure by blaming their ex-partners for everything that went wrong. Then the probability of the camel problem repeating itself is high.

Where does this romantic ideal of finding ‘the one’ come from?

Psychologically speaking, it comes from the close relationship between parent and child. The idea that you have a counterpart whom you share everything with, and who is always there when you need them, remains something we long for – although it’s never completely fulfilled, even when we’re children. But babies scream in order to indicate their needs, and usually someone jumps to fulfil them. As adults, it’s essential that we re-learn to express our needs clearly.

Beyond the purely psychological, which cultural factors have changed our conception of love?

Due to our individualistic society, the regulation of the relationship is now done entirely by the partners. In traditional systems, if we take a village, for example, the farmer doesn’t judge his wife – because he doesn’t know the first thing about her tasks. In modern couples, partners evaluate each other. It’s become possible to complain about a man never cooking or tidying up, or that he doesn’t have a good sense of fashion. In traditional families it is clear that men don’t cook. If things like these are established from the outset, there are less arguments in the relationship – but also less potential for development.

In the past, sex was a sensitive topic, but these days it seems the word ‘love’ has become taboo… Why is that?

Modern society has brought along a need to be more in control of one’s emotions, to be ‘cool’. Partners feel more evaluated and potentially judged by each other. There are also less etiquette rules, which means less protection when you expose yourself with a declaration of love. That’s why it is often easier to talk about sex than it is to speak of love. Another aspect is that, growing up, we develop a very idealised notion of love which later in life makes us insecure about whether our own feelings match that ideal.

So are our ideals of relationships formed by the culture we are raised in? Is it all learned?

Science has long established that it’s not either nature or nurture. Without genetically determined structures and drives there would be no sex, but what kind of sex is permissible is entirely down to culture. We are very much shaped by the experiences we have, and the role models we are presented with – or the rejection of those. In modern society, we typically want our relationships and marriages to be different from our parents’, for example.

What about non-traditional, open or polyamorous relationships? Can such constellations be successful and how?

In polyamorous relationships the main problem arises when children become part of the equation. Because that is where most people need a sense of stability. Another issue can be that in a polyamorous relationship, partners have to deal with jealousy. Often it doesn’t work in a completely symmetrical way. It doesn’t help to say “but we had agreed that this is okay, so now you’re not allowed to complain.” It’s easy to agree, as long as not every tiny detail of what the agreement means is experienced.

Do you encounter this in your practice?

In couples therapy, I often see that one partner wants to be polyamorous and the other doesn’t. But the first doesn’t want to lose the second. For example, a man has a mistress and tells his wife that he still loves her the same as before, asking her to understand his needs. And his wife says “no, I don’t understand, and if you don’t stop, I’ll leave you.” That’s when they come to therapy.

The examples you are giving make love sound like a very gendered a air. Do you think men and women love differently?

Among the heterosexual couples I see, gender clichés are often validated by reality. Like men who get a younger lover as part of their mid-life crisis. At first, it seems like a great idea, but then the man ends up depressed because his mistress might leave him and his wife won’t take him back. And a man who has left his family to move into a bachelor pad, carrying the guilt and the pressure of his children and an angry ex-wife, isn’t necessarily what a young lover wants. Or she might want children, while he, at 45 or 50, doesn’t anymore. That’s when the idealised relation- ship starts to crumble.

Among the heterosexual couples I see, gender clichés are often validated by reality…”

Infidelity must be a topic that brings a lot of couples to you.

Yes, it often happens when couples are not close anymore. A typical dynamic is that the man says “we don’t have sex anymore” and the woman says “I don’t know you anymore, we don’t talk.” To that, the man replies “I feel rejected and if we cannot have sex anymore, what’s the point in talking?” A male participant of one of my couples groups once told me: “It works! I talk to my wife – half an hour every day, and then she sleeps with me.” [laughs] In therapy you’ll learn that, sure, you can ruin one another’s life, but you can also support each other immensely. If you are friendly and you give each other positive feedback, it’s relatively easy to get back on track – especially if neither of the partners has another relationship on the side.

Are you saying that infidelity only happens in relationships that are already on the rocks?

No, and this belief can be the source of disastrous misunderstandings. A sexual conquest entails an immense boost in self-confidence: you prove to yourself that you’re still attractive, still on top of your game. The reasons for seeking such validation can be rooted in the relationship, but they could also come from a professional set-back or an unrelated bout of depression. But the cheated partner often takes it personally which doesn’t help them feel empathy.

So in such cases, is it better to keep the infidelity secret?

Few people are able to keep something like this to themselves. Some could, but have been told that in a healthy relationship one has to share everything. But every relationship has its secrets and you can’t make a general rule of what’s right or wrong. One has to be empathetic and ask: how much does my partner need to know to be okay and how can I reassure them that our relationship is the most important one for me?

What are the characteristics of couples that ‘make it’ and find their way (back) to long-term happiness?

I often get that question and I always say: partners should be as different as possible from each other and at the same time as similar as necessary. Statistically speaking, couples of the same age, level of education and economic status are more stable. But statistics mean little to an individual. Relationships that have to bridge a lot of differences are more exhausting in the beginning, because they take a lot of communication. But if the couple gets past that, their prospects for finding stability are good, because they have undergone an intensive learning process. Other couples might take years to realise they have major differences.

Is there a scientific definition of love?

No, there isn’t. Love is a philosophical construct, and too big a word for my liking. From a psychological perspective, what’s important is loving behaviour. The little things, like serving someone a coffee in bed, consoling them when they’re sad or putting away something they left lying around without making a fuss, are what we might call ‘love’. 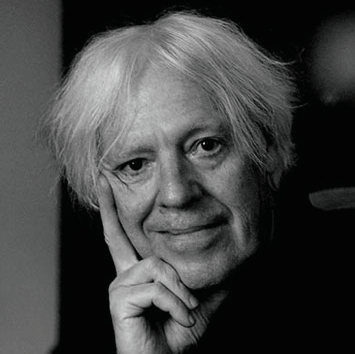 Wolfgang Schmidbauer (77) is a psychoanalyst who’s been counselling couples for 42 years. He is the author of over 30 books on relationships, psychology and psychotherapy and a weekly love advice column for Zeit Magazin.