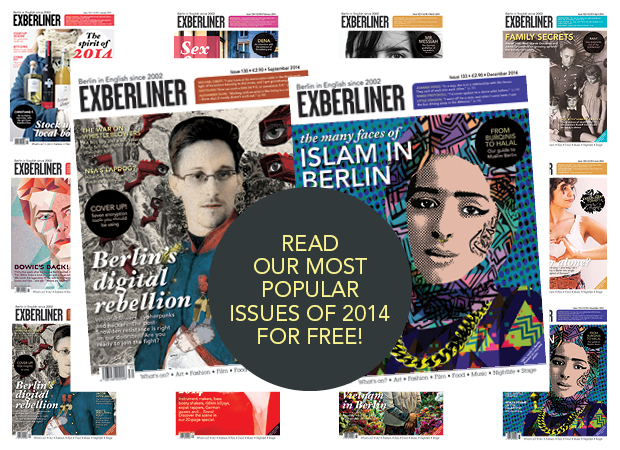 We’re still celebrating 2015! How? By giving away the magazine! Discover Exberliner through two of our most popular issues of last year – cover to cover – and totally free: no sign-ups, no strings attached.

Two of our most lauded (and controversial) issues of 2014 will be digitally available for the next 10 days. 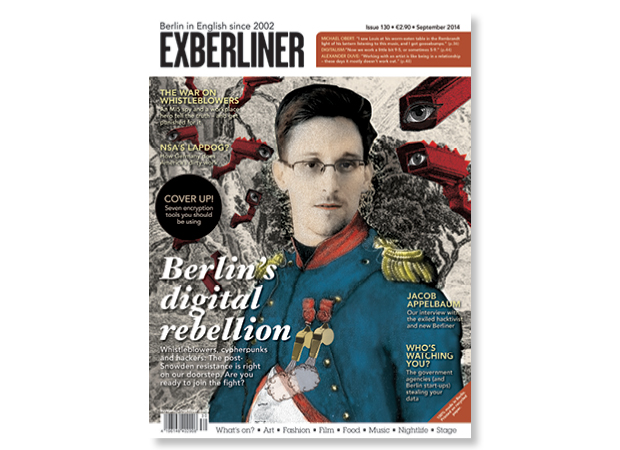 September’s “Digital Revolution” issue waded through the zeitgeist with stories on whistleblowers, cypherpunks and hackers: exploring Berlin’s own post-Snowden resistance. Read interviews with Jacob Appelbaum and Snowden’s Berlin-based lawyer Wolfgang Kaleck and check out features on Germany’s surveillance relationship with America, Berlin’s spy history and how you are actively being surveilled every day. 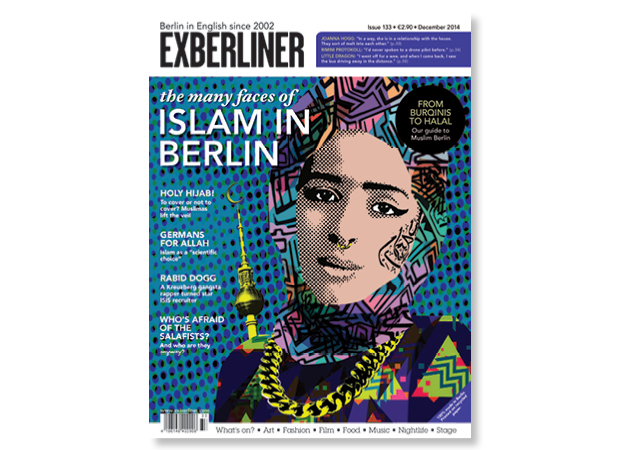 December’s “Islam in Berlin” issue takes a nuanced look at Muslim culture in the Hauptstadt. In times of PEGIDA and ISIS, we explored one of Germany’s most visible (and often misunderstood) religious minorities. Who wears the hijab in 2014 Berlin, are the only German Muslims people with “Migrationshintergrund”, and are religious radicals really as prevalent as the media would have us believe?

Both issues offer up servings of food reviews, Berlin best-ofs and interviews with people on the cultural scene. If you haven’t picked up Exberliner yet, here’s a chance to see what you’ve been missing.

Remember the issues are available only through January 24, so click now!