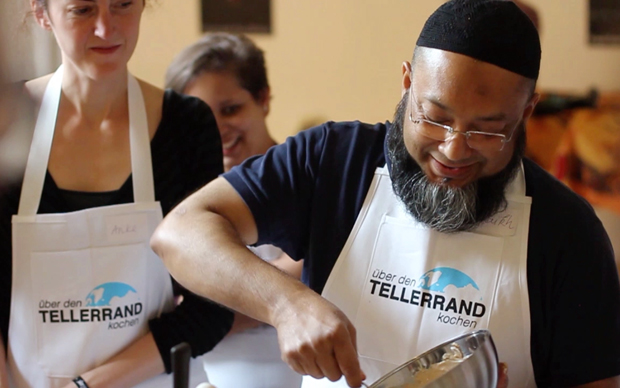 There are thousands of refugees here in Berlin – isn’t it time you got to know some of them?

Through visits to refugee homes, their seven-person team (led by German Ninon Demuth) found people from Africa, Asia and the Middle East willing to share their stories – and their recipes – in biweekly open cooking courses for 10-12 Berliners, or in private classes for you and your friends.

For €45 (€10 of which go to the refugee cause), you’ll learn not only a recipe from the chef’s home country, but how he or she came to be in Berlin in the first place. When the meal’s ready, you’ll all sit down and eat together.

It’s the ultimate win-win-win situation for wannabe do-gooders looking to get involved, foodies seeking ‘authenticity’ and refugees who use food to connect back to their homeland.

If five hours is too much of a commitment, flip through their self-published, crowd-funded bilingual cookbook (€25), the second edition of which came out last month, including recipes and stories from 27 asylum seekers across Germany.