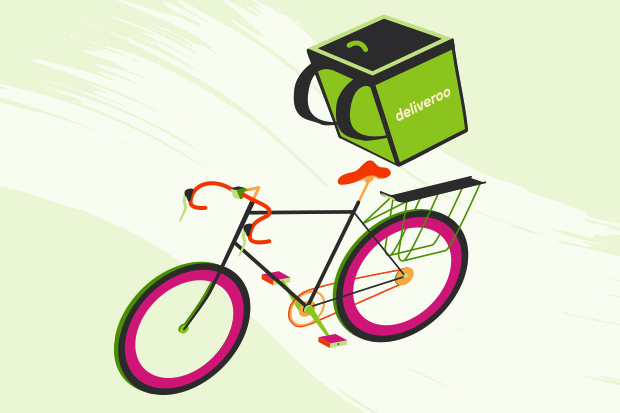 As the “gig economy” becomes the norm for young creatives, more and more members of the new precariat class have been voicing their dissatisfaction. After Exberliner published an article about the exploitation of food delivery workers, a couple of Deliveroo riders contacted us to set the record straight: their situation is becoming even worse.

Christian*, a Brit living in Berlin, has been working as a freelance bicycle courier for the London-based restaurant delivery company for about a year. He started off earning €7.50 an hour plus €1 per delivery – more than a euro under Germany’s current minimum wage. Now, after a switch in Deliveroo’s payment system, he’s earning even less than when he started. Lured by the promise of more money, he switched from his hourly wage to a flat rate of €4.75 per delivery. But Christian says he and his fellow riders have been getting fewer deliveries since making the switch. He also claims that Deliveroo has been cutting down on the number of deliveries per shift by assigning couriers long-distance trips of up to 10km and back.

Those who refuse the long rides, Christian says, are “given ultimatums over the phone, saying that the system would log them off as ‘offenders’ if they didn’t accept. I told my supervisor I didn’t mind doing one or two per shift to help out, but no more – and I was told that I ‘have to accept’ it. One day ended up five deliveries outside my assigned 5km radius, meaning fewer trips in the same amount of time.” These long-distance rides also increase the risk of injury, as tired cyclists must pedal as fast as possible to arrive on time and maximise their tips.

Even when they earn tips, they may not actually receive them. Daisy*, a young Canadian who has worked for Deliveroo for six months, says she started double-checking with customers after noticing a drop in her online tips, and found that some €1-2 tips the customers reported leaving were never added to her pay. Christian has experienced the same. Both are still hoping it’s just a result of the constantly crashing Deliveroo rider app. In general, they say, the app is gamed against them, sometimes notifying riders about a pick-up an hour after the order has landed at the restaurant. “Deliveroo decides to queue up orders, even if they are over capacity. We arrive at a restaurant to find angry restaurant staff and cold food that has to be made again – and then to an understandably angry customer, who of course won’t tip,” explains Christian.

At first, Deliveroo proved hard to reach for comment. In response to our request for an interview about their new rider payment system, Deliveroo’s PR agency CNC Communications sent us the following: “[…] The new payment model has been designed to give riders greater flexibility and offer higher rewards by better matching riders’ time with customer orders. The initial feedback we have received from riders on the fee-per-delivery model has been overwhelmingly positive and riders have on average been making upwards of €11.50 per hour.”

After the publication of this article’s print edition, Deliveroo hastily contacted us to clarify their position and refute Christian and Daisy’s claims about long-distance rides, late notifications and a faulty tipping system. According to their spokesperson, 66 percent of German riders working with the company have an employment contract (although new hires are encouraged to become freelancers during their job interview) and of the remaining freelancers, the majority are on an hourly payment scheme. “We’ve introduced fee-per-delivery for a small group of new freelance riders. However, we’ve seen a number of freelance riders on the hourly payment model choose to voluntarily switch to fee-per-delivery as they’ve seen that riders on the new model are making more money on average,” she notes.

Doro Zinke, a spokesperson from the German Federation of Trade Unions (Deutscher Gewerkschaftsbund), told us Deliveroo’s past and present payment models are both illegal in Germany, as they don’t guarantee the hourly minimum wage (currently €8.84). This is debatable, however, as the minimum wage doesn’t cover freelance contracts like theirs. Whether Deliveroo riders should be working as “freelancers” at all is another question: its main Berlin competitor, Foodora, provides all riders with proper employment contracts, as do many similar courier companies.

What options do the riders have? “German laws are not particularly friendly to whistleblowers, therefore my only suggestion is to form a union,” Zinke offered. Christian and some fellow Deliveroo riders have been working on just that, starting with a Facebook group, Roo Volution, where they can exchange experiences and advice. The 150-member group advertises itself on posters all over town. “We are using new, bolder strategies to increase awareness. There’s still a long way to go, but we’re pushing the envelope!” Christian says.

Their struggle is undermined by the noncommittal nature of the job and the Berliners performing it. People taking on delivery gigs are often students or internationals wooed by the promise of being able to work when and if they want; when they get fed up, they quit, move on or leave the country. They don’t care about what happens next and are not interested in fighting for workers’ rights. “When it came to actual union talk, only a few say they’d be in. Most don’t care enough about the job – it’s temporary anyway, so why bother?” laments Christian. He himself is looking for a new job, saying that all the trouble and his declining income are no longer worth the flexibility that drew him to Deliveroo in the first place.

Meanwhile Deliveroo is fighting to hold onto its freelancers. In its statement, the company wrote: “We continue to engage directly with all of our riders, and by working together with them, we will ensure that Deliveroo continues to offer great opportunities for riders and a great service to our customers.” Judging by the constant stream of recruitment ads online and across town, that may be an uphill battle for them.