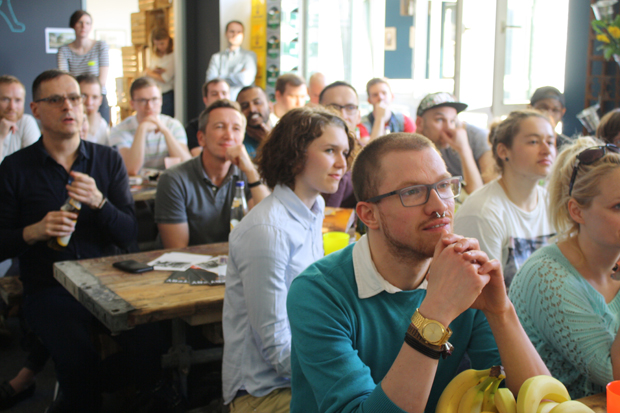 The world’s first queer tech festival is coming to Berlin: #unit Festival is an event for LGBTQ and queer-friendly techies that drives at an open, inclusive atmosphere for all – not just the typical tech dude.

“There has never been a queer tech festival. It’s about doing something new and a little bit different,” says Stuart B. Cameron, founder of Unicorns in Tech, the group behind the festival. Through a day of talks and performances, #unit Festival aims to make queer techies shine and gain visibility in the industry, and encourage companies to be aware of the diversity in tech.

Forty different speakers from fields across the industry will give talks ranging from queer-specific discussions such as “Genderqueer in Tech: Rewriting the Binary” and “Fuck Femmephobia,” to more general tech topics like “Bitcoin and the Promise of Cryptocurrencies” and “What Digital Natives Want From Tech Companies”.

In between talks and workshops, participants will be able to catch performances from bands and artists who straddle the queer/nerd divide, including Razor Cunts, Midi Man, The Holy Cats, and more.

And, yes, in keeping with the spirit of the festival, the event is straight-friendly.