The Berlin-based virtual reality app Splash recently returned victorious from South by Southwest. But can its product possibly live up to the tidal wave of hype surrounding it? 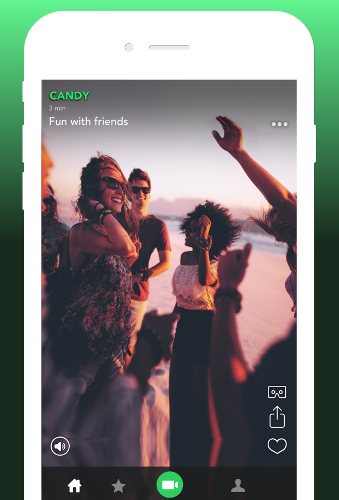 Berlin is home to a lively virtual reality scene – hometown companies like Virtual Reality Planet, Pro VR and A.MAZE offer various virtual reality experiences, while Dutch company &samhoud recently opened up Germany’s first-ever virtual reality cinema here. There are even five different virtual and augmented reality Meetup groups – compare this with the two dedicated to tennis and you’ll get an idea of how mainstream this once-futuristic tech has become.

So it feels like a sign of the times that Splash is such a big deal at the moment. Ever since the Berlin-based 360-degree video app start-up took home the prestigious Accelerator Virtual Reality Prize at SXSW (where previous tech winners include Twitter and Foursquare), they’ve been covered by everyone from Gründerszene to Wired. But the media buzz is in stark contrast to their two-and-a-half star app store rating. Michael Ronen, one of the company’s three co-founders, says, “I definitely agree that there are issues and we’re working on them, but to approach something like this via the app store might mean people don’t totally understand where we’re coming from.”

I know what he means. I downloaded the app to my phone, and honestly? I was a little underwhelmed. Three-sixty-degree videos are cool, but to categorise them as “virtual reality” feels like the sort of vast leap of faith only a PR exec for the company could make. But when Ronen clips some Homido Mini plastic glasses onto his phone and I view his videos through them, I finally get it. I’m stood in the sunshine outside the Gorki Theater, but my brain’s convinced I’m standing in the club Universal’s throwing their SXSW party in, watching partygoers in Austin shake it on the pulsing dance floor. Suddenly, the whole concept makes sense.

Ronen asks me to pass on his message: “I ask Exberliner’s readers to join us in our ongoing quest to revolutionise virtual reality and bring it to everyone.” This weighty Battlestar Galactica-style delivery is the way he speaks all the time: for him, virtual reality isn’t simply a fun digital gimmick but a powerful tool for bringing human beings closer to one another. Ronen worked for years in theatre, directing in Jerusalem, London and Berlin, and he believes that virtual reality can function just as his old political plays did: to promote different perspectives and build empathy. He and his two co-founders had tried Oculus Rift but were troubled by how expensive most virtual reality headsets were, putting them out of reach of the man on the street. Splash, Ronen argues, is the solution to democratising the field. Both the clip-on glasses I’ve used and Google Cardboard headsets only cost around €15 – the price of a nice dinner. However, if you are a virtual reality enthusiast with money to burn, they’re also working on a project for HTC Vive, the headset that Gizmodo describes as “the most advanced VR system ever sold“ and which retails for $800.

So, if you’re looking for a very 2016 entertainment option, Splash is absolutely the app for you, especially when paired with a headset or glasses. Even better: if you’re hoping to work at the forefront of virtual reality, Ronen and co. are currently hiring in everything from social media to software engineering.