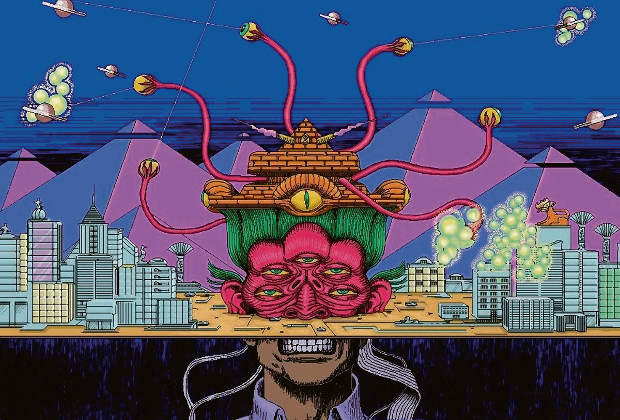 Microdosing in Silicon Valley, shamanism, psychedelia and the occult, cultural appropriation… international gathering of “consciousness explorers” Altered States takes the drug experience to the next level through two days of lectures, workshops, and panel discussions on “global crisis” on November 3 and 4 at Essentis Biohotel. 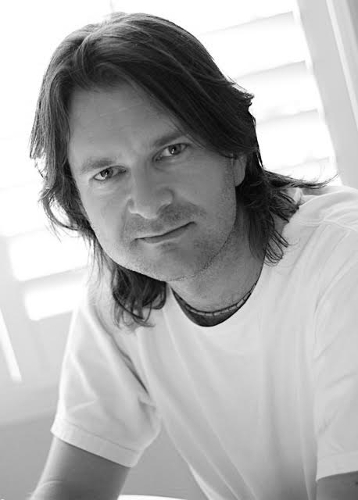 One of many highlights will be Zach Leary, son of the “Turn on, tune in and drop out” LSD evangelist Timothy Leary and a futurist, spiritualist, and socio-cultural theorist in his own right. These days he’s busy with his podcasts “It’s All Happening With Zach Leary” and “The MAPS Podcast” covering topics like meditation, consciousness expansion and the state of the psychedelic community, or his favourite causes: blockchain and Burning Man. He drops in to the Altered States conference to talk value systems and new technologies at 5pm on Nov 3.

You’re giving a talk called “Redefining Value Systems in the 21st Century”. What sort of value systems are you questioning?

My premise is that the way we measure value as a society is through an economic lens. The American model, which is really the global model, is based on GDP. That was created from the model of the industrial revolution, of turning the Western mind into an entity that could produce and create goods and then inject them into the ecosystem and thus create a whole society that could support that ecosystem.

Since the 1960s, there’s been a complete schism for how people spend their time, people had permission to think different, to spend their time in other ways. Ways that may not directly contribute to the economic surplus, but still have tremendous value. But we don’t measure that. There’s all these new ways we spend our time, but all our systems for allocating value are based on this really antiquated idea of GDP.

So what do you see as the role of altered states? Is doing drugs a constructive solution, or more of an escape hatch to hide ourselves in?

Right, like we had fun and looked at the sky. What next?

Right, and to me that was the biggest problem of the 1960s. I mean look, the psychedelic experience, there’s no question about what it did for pop culture. Rock and roll, fashion, civil rights – all these great models just exploded as a result of millions and millions of people doing psychedelics and realising that there’s another way to look at the way that we’re living.

But what happened was, because the 1960s was so close to the 1950s, the engine for work and labor was still rooted in a really old-fashioned system. So many people expanded their consciousness and saw their role in this reality, but they had nowhere to go, and so they were like okay, fuck it, I’m just going to work my 9-to-5 job and become a yuppie.

And that’s where 50 years later we elected Donald Trump and we still have a terrible crisis – so what good did it do? But I do think we have so many more opportunities for people to create – and it does start local, it does start small, it does start with little real-world examples of ways that are highly disruptive.

Blockchain currency systems, I mean, that’s a really great thing, disrupting the main financial institutions. You know the price of Bitcoin is not a heralded thing by the World Bank, because it bypasses all of that.

And alternative models are popping up. One has been Mark Zuckerberg famously supporting this idea of basing credit off of people’s social networking cache; so if people have a really great social network that has a lot of influence and is exchanging a lot of ideas, maybe that’s worth something.

Sounds a bit like that Black Mirror episode with Bryce Dallas Howard, “Nosedive”, where everyone’s rating each other. It gets pretty dark.

Yeah, that episode is a great cautionary tale. All I’m saying is that there are two parallel paths going on – there’s the one that’s happened since the 1960s, that created this entire different way that we could spend our lives, but we’re still stuck in this really antiquated way of measurement, and not only are we stuck in it, it also has an enormous flaw in it, that GDP is based entirely on unlimited growth.

So what speakers are you most excited about seeing at the conference?

Julian Vayne should be cool. He somewhat controversially fuses the occult with psychedelic ritual. And James Fadiman on microdosing for sure – I mean, I kind of shy away from calling microdosing psychedelic; the psychedelic community has just grabbed onto it because it does use a psychedelic agent, but the experience of microdosing is not psychedelic at all.

How would you describe it, then?

It’s like taking supplements every week. It’s a really powerful brain booster. I’m not very disciplined, in the sense that I can’t sit down at the computer and work through problems. Microdosing helps for that, it really hones you in on a very specific set of variables, and connecting them along lines. But, I mean, if the lights start to become a bit too traily, than maybe you’ve taken too much.