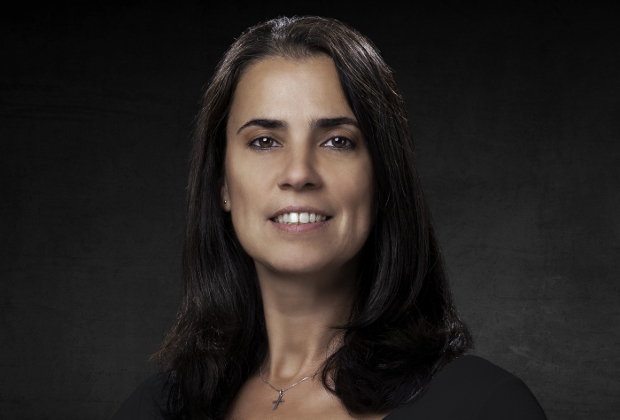 Alexandra Georgieva has been called the “friendly general”. The 60 dancers of the Friedrichstadt-Palast have the precision of an army, but their director, Georgieva, is all smiles.

The Bulgarian-born Berlinerin is one of the rare female ballet directors in Germany (fewer than one in seven is a woman). And she feels very differently about her role than her female colleagues. We sat down to discuss sexism in the theatre industry – we’ll continue the conversation next week on June 2, 6pm at the second of our Palast-Talks: “Female Decision-Makers In Dance And Theatre: Where Are All The Women?” You can register for the free talk by emailing [email protected].

So I’ll start with the main question of the panel: where are all the women leaders in dance?

I am a little hard on women. I think we need to be much more confident as women. I think it’s like chefs. Women cook all over the world, we’re the housewives, we can cook anything. But who are the chefs? Men. It’s the same thing. So I am thinking: women, hello? Where are you? In politics, it’s the same too. There’s Frau Merkel, the one and only in the whole world. It’s a man’s world. And with artistic directors, it’s the same problem. But why? Because from the outset we doubt ourselves, we’re too cautious and too controlled. Men just say yes to opportunity. No matter how poorly prepared they are or if they fall straight into a hole, it doesn’t matter. Men just try. It’s brazen! But it’s not just cheek, it’s that they just believe in themselves. Maybe it’s nature. Maybe it’s just evolution. What woman throws her hands up and says, “mir egal”? Just hippies.

So women don’t take the opportunity to move up the career ladder?

Women are talented! We are amazing performers. Women on stage are just as strong as men. But go up a level to management, and there are fewer women. And I think it’s because women hesitate and consider, “How will this end? Where will this go?” and men don’t have these scruples. Think about the mafia—there aren’t women who are mob bosses. I think it’s just embedded deeply in the way that women think. We need to be freer and less controlled, especially in art.

So was this your experience moving from Friedrichstadt-Palast ensemble dancer to the director of the ballet?

I wasn’t doubtful. The only thing I had to consider was what my boss asked me: “Do you trust yourself?” So I said yes. But of course I didn’t know how it was going to turn out. That was the key. I just thought, “I’ll try it out, I’ll do my best, who knows how it will go.” I’ve been in this position for eight years. Everything is possible. Everything. We just need courage and to trust ourselves. Okay, if someone asked me to run the German government tomorrow, I would say, “Wow! Thanks… but no thanks.” You can have a sense of your limits and trust yourself at the same time.

How do you train the next generation?

We need to build this next generation of women leaders and innovators, absolutely. I’m so excited to hear from the other panelists, how they see this problem. For me, it’s not a problem with the men. There’s no male mafia at the top of the dance world. I think women need to shove their way to the front and take the opportunities when they come. But for me, it came with time and experience. When I was 40, I just looked at my life and thought, “I have so much experience. I trust myself.” But before that I was surrounded by question marks. But I’m sitting here. From little Bulgaria. Okay, there’s luck and chance. On the other hand, you need to know how to seize an opportunity when it comes. Just a moment of hesitation and it’s gone, the other guy took it.

How do you support this grit and risk-taking in the very controlled field of ballet?

I feel the moment. As a boss, it makes no sense for me to be very controlling, to be there with a whip for three hours. It’s just not good for the art. I can make jokes with the dancers.  If they did something wrong, I just say, “I want you to put on a great show tonight.” They’ve done this show over 400 times. Their bodies know. I don’t need to teach them the moves they did wrong. If I’m really open, I don’t need to be a buddy to the guys. You won’t see me at the bar after a performance socialising. It’s important to keep your private life separate.

You don’t feel like you’ll miss out on these informal networks?

No. No. You need to have a life that’s really your own. I just make sure that the final product is really, really good.

What do you think about the fact that women in management are often criticized for being aggressive or bitchy?

Let’s reframe: there is a woman who has moved up into a management position. She’s given up so much to this career. She works incredibly hard. She’s available 24 hours a day. She’s at work from morning to night. If you are so committed, maybe people will call this behavior aggressive. But it’s absolutely not. If someone understands us as aggressive, I am very sorry. For most women, this isn’t the problem. Women are patient and focused. We give 110 percent.

Female Decision-Makers In Dance And Theatre: Where Are All The Women?, Thu, Jun 2, 18:00 | Friedrichstadt-Palast, Friedrichstr. 107, Mitte, S-Bhf Oranienburger Tor