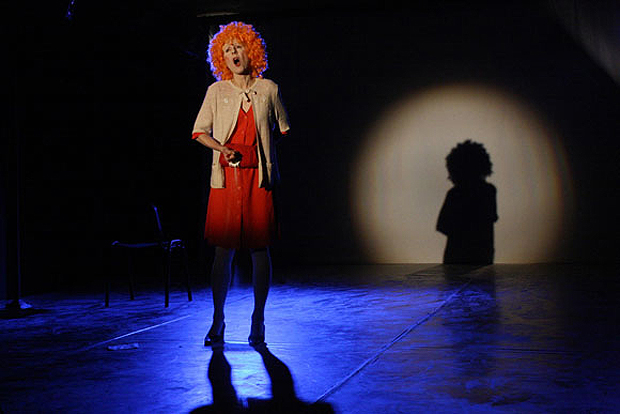 A cult musical from the 1970s translated from the perspective of the child sex trade? Already sounds unusual, but add the fact that the performance material ranges from modern dance to bondage spoof to karaoke, and the concept sounds downright komisch. Perhaps it’s no surprise that the product is both eerie and comical.

Some simplification of the myriad theatrical elements: video projection, multiple scene and perspective changes and both live and pre-filmed elements could help refine the narrative confusion. The production has several finely-crafted details (each “girl” is locked with a chain chastity belt), but seems to lack overall focus at moments.

Daddy Warbucks – who, in this version, is looking to buy one of the girls – is clearly portrayed as a dog (with furry tail and ears), but the absence of other overt moralizing allows room for dealing with a touchy subject. Although the production seemed oddly balanced with more dance movement at the beginning and presentational theater at the end, its quick tempo kept the audience engaged on this bizarre and sometimes uncomfortable journey through sexploitation as performance.