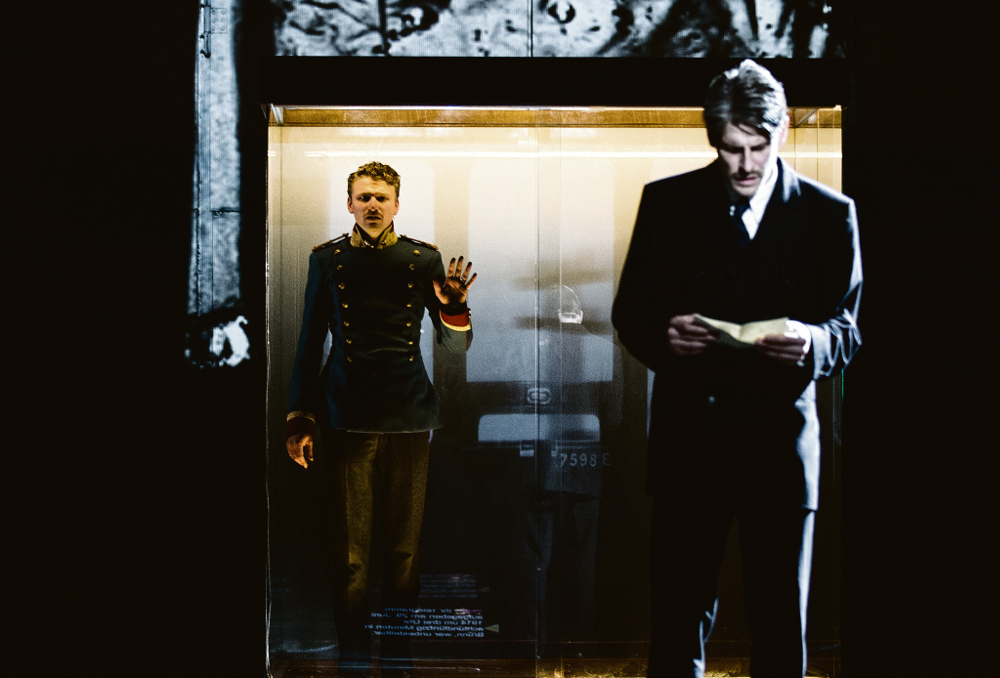 After a long international tour, Simon McBurney’s Zweig adaptation Beware of Pity returns to the Schaubühne with a heavy thud.

The evening begins with actors occupying seats in front of music stands – and right away, one might be on alert for pretention in Simon McBurney’s staging of Stefan Zweig’s only full length novel, Beware of Pity (Ungeduld des Herzens). Should we be preparing ourselves for an acting ensemble that plays together like a disciplined orchestra? Is McBurney invoking the exactitude of interpreting a score? More important: Even if the actors do work together like a finely conducted musical ensemble, does it make sense to belabour the point?

McBurney is a Big Deal – he and Complicité, the company he helped found in 1983, have been showered with praise and awards since hitting their stride under his leadership in the 1990s. And, to some extent, you can still see where the British director’s reputation comes from in this deeply flawed interpretation of Zweig’s 1939 tale of moral failings and well-intentioned cruelties. Even while using the Schaubühne’s actors (his first time working with a German ensemble), McBurney’s training under French mime and actor Jacques Lecoq comes through. The man knows how to block movement and turn a talk-laden script into something kinetic.

But McBurney is too slick for his own good. At times, it feels like he’s throwing every directorial trick at Zweig’s text, with incessant photographic and video projections and copious musical scoring. This might all be fine if the tricks worked, but they often don’t – the projected images tend to illustrate associations the audience could’ve been trusted to make on their own, and piping in the Adagio movement of Mahler’s Fifth Symphony during an emotionally wrought moment should be listed, and banned, as a Crime Against Subtlety.

There’s just too much technology deployed, and it betrays a mistrust of Zweig’s story about lieutenant Anton Hofmiller’s disastrously fumbled relationship with the disabled daughter of a wealthy family living near his barracks. If you read over some of the many interviews McBurney’s done over the years (including one with this very magazine before Beware of Pity’s 2015 premiere), one senses an almost pathological fear of being boring – granted, it’s a fear many directors would benefit from having more of. But it’s hard to ignore a feeling of desperation when Hofmiller whips out a smartphone and holds it selfie-style while spinning around in order to capture a vertiginous video projected on an upstage screen. And some of the choices hinder the interpretation of character. The voice of the daughter, Edith, is often lip-synced and electronically distorted to cloying effect. While it makes sense to be concerned that the audience might, like Hofmiller himself, fall into the trap of pitying Edith too much, the technical manipulation of her voice seems like excessive overreach, and moreover makes Hofmiller’s response to her completely incomprehensible. Zweig’s story can be taken as a demonstration of the cliché about the road to hell being paved with good intentions; the stage version proves it, too – but not in a good way.