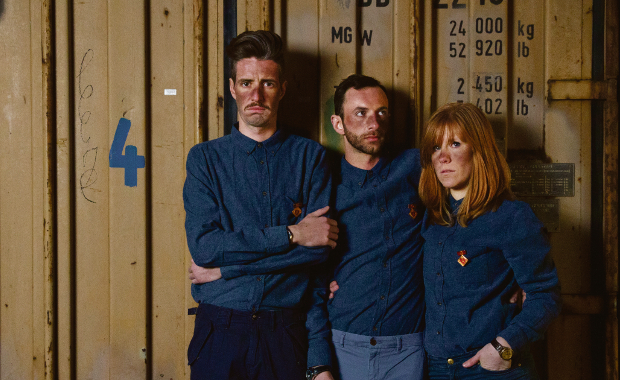 Even theatre makers get that it’s lake season. Sophiensaele’s site-specific Kuhle Wampe updates Bertolt Brecht’s 1932 film on unemployment and Weimar-era politics while keeping the setting: a campground by the Müggelsee.

What can we learn from good old Bertolt Brecht today? For three days in June, the venerable director and playwright gets the magnifying glass treatment as a group of actors, dancers and performers conquers the Kuhle Wampe campsite in Brandenburg, the very same location where Brecht’s Kuhle Wampe, oder: Wem gehört die Welt? was shot in 1932.

Portraying a working class family in Depression-era Berlin, it was the only communist film to come out of Weimar Germany and was banned on Hitler’s rise to power in 1933.

Dramaturg, author and performer Wilma Rendfordt and dance artist Kiriakos Hadjiioannou’s interactive, site-specific production is loosely based on the movie, inviting the audience to discuss how “collective patterns of solidarity” can be constructed in today’s society.

Sound abstract? Well, the execution fits the theme: in true summer camp style, the visitors will be collected in buses and taken to the camping site, where they’ll be set free to walk around between the different scenes, some of which will happen simultaneously. In the end, there’s a communal meal and discussion, miming the final scene of Brecht’s film where a group of workers and middle-class people discuss the social injustice of capitalist society.

“How to get people to behave in a solidary way is an urgent question today,” says Renfordt. “We would like to reach people who maybe don’t go to the theatre so often, and make them think.” Whether you’re an industrious theatregoer or not, some fresh Brandenburg air just might do your brain good.