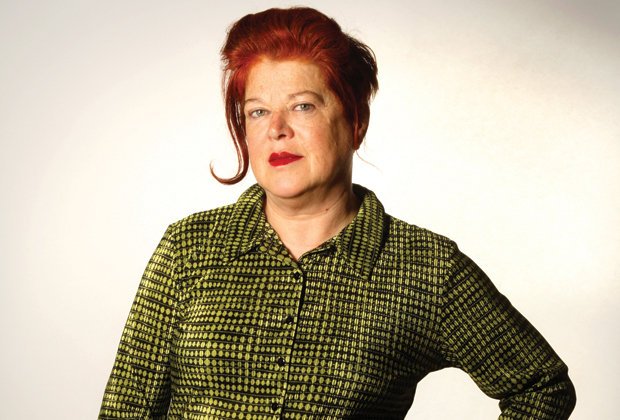 For over 20 years her Man-for-a-Day workshops have also brought her research to an international public that’s increasingly fascinated with exploring the nature of the other gender. Having recently returned to her native Scotland, Torr is creating a new theatrical work, Eier Haben, together with four other performers for this year’s Pluto-themed Transmediale festival.

The programme text for Eier Haben talks about desire that comes out of frustration. Where does this interpretation come from?

It’s really rooted in the uncertainty of belonging – most of us have this sense of doubt about where we fit. We’re all displaced. Pluto was a planet, and now it’s a dwarf planet. If something like testicles are no longer producing sperm at some point in the future, they’ll become aesthetic objects. So that puts the question of what is masculinity, what is it that men actually do, into consideration. What is it that men bring to the reproductive process, if they are no longer producing sperm? Or if the sperm itself is mutated, sperm that doesn’t have a tail so it can’t go anywhere, or it’s too fat so it just wobbles from side to side, or has hooks so it just hooks into itself and goes round and round in circles?

Testicles are basically playthings, objects that people decorate with piercings and tattoos, that they tie up. They are very tactile: eggs inside this fluid, basically, and they’re very fun to play with and fondle – you know? So I think in that situation the queer community is ahead. They’ve already suspended interest in reproduction and just get down to play.

So where’s the penis in all of this?

Anus B. Haven pointed out that we all have this focus on the penis but it’s really the testicles that are doing all the work. They’re sitting there churning out all of this sperm and the penis is just really the duct. Wooooosh and that’s it.

The title has one literal anatomical meaning, but it also has the idiomatic meaning – “to be ballsy”…

Yes. Eier haben means to have eggs, balls or courage. It’s this idea that we are objects that can all have these different meanings but actually are just one thing. That was the idea in the title.

Why did you change the name of your workshops from Drag King to Man-for-a- Day?

Drag King really took off in the States in the 1990s. I did tonnes of stuff, all these talkshows, Montel, Jerry Springer, and also the mainstream: they all covered that because it was really a phenomenon. Then it got picked up by the lesbian community, and it became something else: it really became about putting on facial hair and men’s clothes and lip syncing to bands like Take That. So I stopped calling my workshops Drag King: even though it’s a great thing, it’s not what I’m doing.

What do you think of this binary gender division in society?

Don’t you think it’s a product of advertising and capitalism in general? I mean what if you had to do advertising that didn’t target women? There’s this idea that people are so uncertain of what they are, what it means to be a man or a woman, that they look it up in one of these magazines.

Did you pick up an accent again going back to Scotland?

Does it sound like it? I do say some different things in Glasgow. The word “aye”, for example. When “yes” would be too harsh, you say “aye” instead. But you know, Glasgow could be another Berlin if the weather was better.