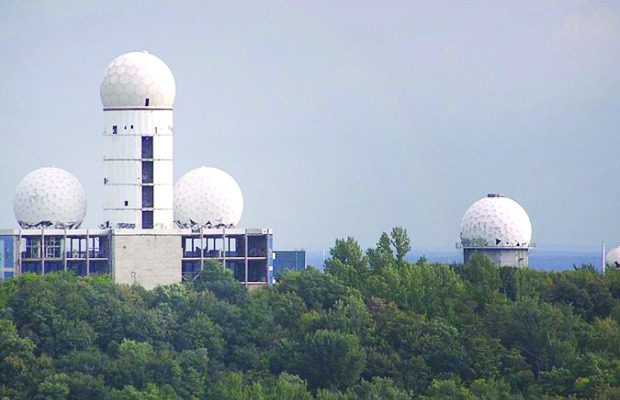 The HAU artistic director’s swansong and the biggest theatre event of the summer, Matthias Lilienthal’s ambitious, multi-venue, 24-hour adaptation of the sprawling 1996 novel Infinite Jest is turning the city into one big hyperreal stage.

Berlin turned into Boston. A tennis court morphed into a theatre. 2012 changed to the Year of the Depend Adult Under Garment. American author David Foster Wallace’s 1004-page journey through a dystopian future has been turned into a mixed-language 24-hour tour through Berlin this month, with 12 artists and companies bringing the book to life.

The epic undertaking will also serve as founding artistic director Matthias Lilienthal’s final project after 10 years of transforming the three theatres of the Hebbel am Ufer from neglected houses on the outskirts to some of Berlin’s most exciting performance spaces.

Written in the mid-1990s, the Wallace novel takes place roughly 15 years in the future in an alternate version of our 2012 in which years are named after products and a significant swath of North America has been turned into a garbage dump. The plot revolves around two locations in Boston: a tennis academy and a drug rehabilitation clinic, with Quebec separatist meetings and intrigue with double agents sprinkled in between. The novel’s title comes from one of Hamlet’s final monologues (the one with the skull) and is also the title of a film in the book, a piece so beautiful that it puts its viewers into fatal art-induced comas.

Berlin’s oddly futuristic 1960s and 1970s architecture is transformed into the world of the book: the Steffi-Graf-Stadium at the Tennisclub LTTC is turned into the “Enfield Tennis Academy” and the Vivantes Klinikum Neukölln becomes the “Ennet House Drug and Alcohol Recovery House”. Other locations include the Märkisches Viertel, Haus des Rundfunks, the Finanzamt and Fontane Haus in Reinieckendorf, and the abandoned American base at Teufelsberg. Many of the HAU’s perennial creatives are involved, like Richard Maxwell, Gob Squad, Philippe Quesne, She She Pop, Chris Kondek (see interview), Jeremy Wade and Constanza Macras.

On a practical note, tickets are also available in slightly more manageable 12-hour chunks from 9:30 to 21:30 and from 21:30 to 10:00, so you can choose to climb on the bus at the halfway point at the Benjamin Franklin campus of the Charité. The massive undertaking is sure to be one of the strangest, and possibly most beautiful, theatrical events of the summer and unlike like anything you’ve ever seen before.