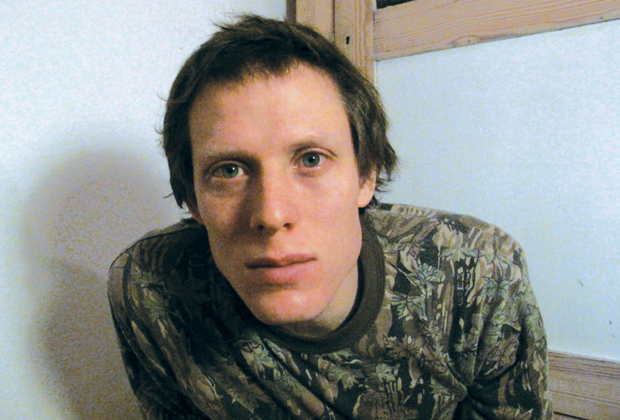 The California-bred dancer and choreographer Frank Willens, who once toured with Paul McCartney and recently used his own family in a live conceptual installation, says that ‘signs’ led him to Berlin in 2003. Now one of the featured artists in this year’s Tanztage contemporary dance festival, Willens sat down with the EXBERLINER to discuss his profession, crappy Berlin dancers and his top-secret new duet that he composed without the use of words.

What brought you here?

Signs. I went to college at Berkeley and there was a café I was always hanging out in, my café, the Wall Berlin. Years later I had a small role in a Hollywood film and my character was named Jamie Berliner. Then after finishing school I danced for a company in San Francisco called Kunst-Stoff. All these small clues become meaningful only if you piece them together. And I do.

That’s something Germans lack: hearing God’s voice, the voice of the universe or whatever you want to call it. We are constantly spoken to, no matter if you hear it or recognize it or what. In America, people are more open to that; here, many are so cynical. I am not religious but it’s beautiful to believe! If everybody follows their heart or their life, they don’t have much to worry about; they will find themselves in a place where they should be. For me the last 10 years, this has been dancing.

It seems that contemporary dance becomes less and less dance. What is your approach?

What I do is less dance-y, I am not making shapes or forms to produce something pretty. What I learned from dance is more about presence. I have always focused on the bigger picture – I question things we take for granted. I come back to physicality and the joy of performing. I get bored with dancers performing beautifully, and I am not interested in people speaking about dance. At some point we have to start dancing again.

Do you see that happening in Berlin?

Oh, what am I going to say? I don’t wanna shoot myself in the foot. Berlin is weird. There used to be an odd, more conceptual approach to dance. I was just participating in The Village, a project with 24 other choreographers. It was really challenging. It was hard to learn how much of yourself you need to let go of or hang on to. But I found it very freeing to surrender to this group identity and not feel the pressure to produce something as an individual. These kinds of experiments I love, and these things happen in Berlin. But a lot of the stuff stays in Berlin, within the scene. Which creates a nice community feeling, but it’s boring too.

I know you are not allowed to say much about the project you are working on. But how did you come up with the idea of the Schweigestück?

Jan Burkhardt was one of the first people I met in Berlin seven years ago. We’ve been really good friends, and we have a working history together. When we decided to make a piece together we started to talk about concepts. It’s great to talk about ideas, but for the time being I have had enough of the hours and hours of talk at a rehearsal. So we gave ourselves the restriction that any decision we make, we have to make it choreographically.

So what is your main tool in communicating with each other? Hands, eyes, body, telepathy?

It’s partly telepathic; it’s like a physical meditation to us. We can make sounds but we are not allowed to utter or write language. Sometimes we draw pictures or hieroglyphs to be able to remember. It is a very direct way of communicating and it’s actually quite productive. It’s rather Urmensch (caveman)-like. It can be very brutal, too.

This sounds simple, yet so difficult.

And that’s what’s beautiful about it. Last week I just wanted to signal our composer to put up some music and I couldn’t. Without language, the simplest things become impossible and the vast issues much easier. This is my interest in the process. I want to talk about God, about higher levels of consciousness, I want to talk about our expansive bodies and energy, I want to talk about existence. If we talk about it in language, it brings so much history, so many judgments, so much resistance to it.

And in dance it can happen without you having to say what it is. Hopefully even beyond my understanding. It’s like an acid trip. And the audience is part of it. We should recognize that they are also influencing us – it is not a one-way channel. We are also planning to break the silence eventually, after the second performance.

Talking about influences, does the space you dance in also affect you?

It is important, for different reasons. I love dancing by myself in a park on a snowy day in winter. Sneaking behind the doors of a museum and letting it flow. It’s important for me to do things in places that may be disappearing. Like the Palast der Republik, the Mauerstreife, or the old Fabrik in Zionskirchstraße that will be totally converted into fancy bürgerliche Wohnungen. People in Berlin just want to erase their history.

What do you dream about?

I just dreamt of Paul McCartney last night. I have a recurring dream recently of missing flights, for different reasons. And I have to say, I never missed a flight in my life. If you want to interpret it, you would say it is the fear of not being able to achieve something. I think it is pretty fascinating that we go through this death of consciousness every night. In the dream world anything can happen, and in reality we are often stuck. I ask myself, why not now? Why not here?