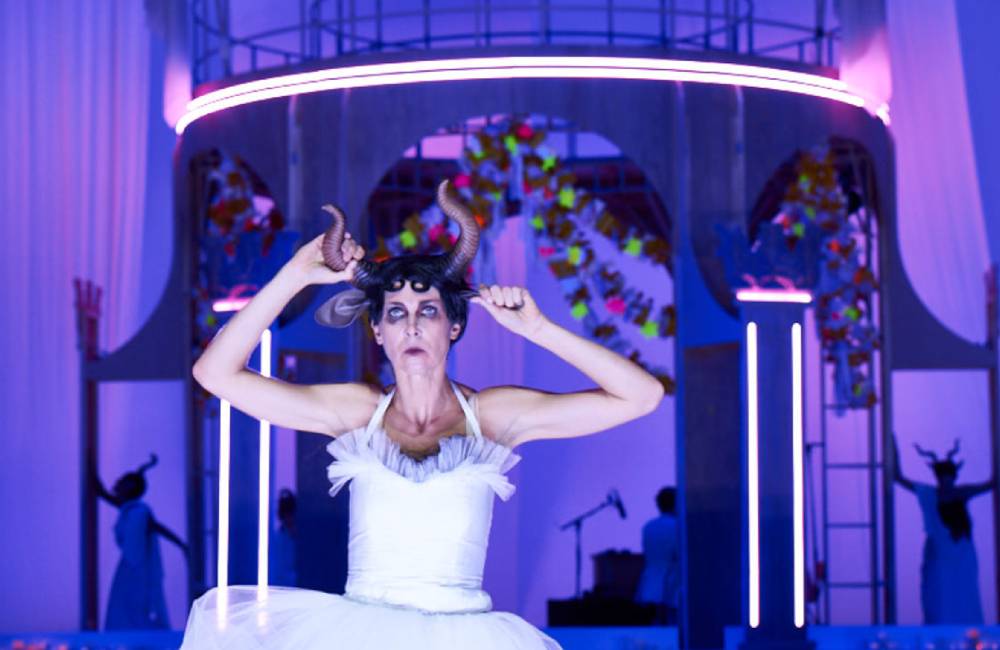 An all-female ensemble takes on the final play in a trilogy of adaptations of ancient Greek tragedies.

Iphigenie’s life seems like an eternal candy-coloured party, with everybody dressed up and a music box that the seven actresses can use to direct the fabulous live band. When Iphigenie herself first enters the stage wearing a wedding dress, she thinks that what will be celebrated here is her wedding. Instead, her father Agamemnon tells her that he will have to kill her as a sacrifice to the gods whose support he needs for an upcoming war.

As in Euripides’ original play, Iphigenie is saved from this horrible destiny by an interference of the goddess Diana. And while the first part is already visually playful, taking its distance from the bloody narrative in wonderfully weird ways, Lucia Bihler’s Iphigenie. Traurig und geil im Taurerland really takes off in the second half. Here, Iphigenie becomes a chorus of brides and the Diana temple where she’s a priestess is turned into a call centre. In between taking misogynistic prank calls from male trolls, the five Iphigenies perform texts from Austrian Facebook-poet Stefanie Sargnagel’s Statusmeldungen.

The bitterly funny journal entries of a bright, depressed young woman evolve on stage into the final vision of a matriarchy that “provides the lost and tired white man with some structure and moral support”. The all-female ensemble of this production compellingly lays claim to the Volksbühne’s big stage.