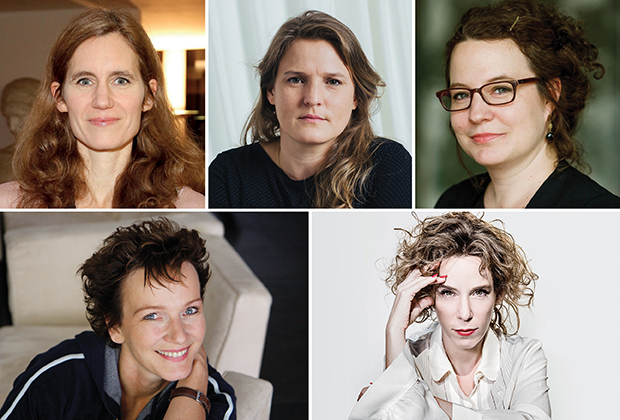 It’s the Super Bowl of German theatre, a two-week celebration of 10 top plays – and this year, for the first time ever, Theatertreffen has reached gender parity. Here are the women to watch.

From 2013-2015, just seven out of the 30 productions were directed by women, and those came from just four directors. So we’d like to yell from the hilltops that finally HALF the invited directors are women, and that most are first-time invitees. Is change ahead when it comes to Germany’s still-quite-sexist power dynamics in theatre? If these Theatertreffen Powerfrauen are any indication, then yes.

Claim to fame: Bürk was first invited to TT in 2005, and won the Faust prize for an adaptation of Alice in Wonderland in 2012.

Expect: A mash-up of the Fontane novel and a 1970s jukebox musical. Polyester. “Bohemian Rhapsody”.

Why we’re excited: This will probably be the only genuinely fun one of the bunch. The play itself asks how to re-invigorate Effi Briest, one of those classic adultery tragedies – and so they add other text and other melodies. The result is an on-stage radio studio populated by Mad Men-perfect retro characters. Somehow, they manage this tonal mash-up without meanness or irony towards Effi and the characters from the novel: apparently, it just works. This piece might not be Sturm und Drang ambitious, but we are so excited to see it.

Claim to fame: Mahler comes from a musical theatre background, and brings her opera experience to this production.

The show: Mittelreich from the Munich Kammerspiele, based on the 2011 novel by Joseph Bierbichler.

Why we’re excited: This is piece is supposed to be the calling card of Matthias Lilienthal’s first season at the Kammerspiele. Politically, there’s not much going on, but formally, it’s pretty innovative. A choir sings Brahms’ Deutsches Requiem throughout the action, as a kind of soundtrack – or really, more like a chorus, commenting on and refl ecting on the action. The story covers 100 years of German history through several generations of one family. There are, however, contemporary echoes in this historical march: Gob Squad’s Damian Rebetz plays the transgender Miss Zwittau and some of the language from the villagers sounds straight out of the CSU.

Claim to fame: The Austrian-Israeli Berlinerin and Maxim Gorki mainstay was invited last year, too, for Common Ground about the Yugoslav wars. Maybe post-migratory theatre is now mainstream?

The show: The Situation from the Gorki, written by Ronen and the ensemble.

Why we’re excited: The set-up of the play should be familiar to some Exberliner readers: an A1 German class in Kreuzkölln. But this class brings together neighbors from Tel Aviv and the West Bank, Syria and Kazakhstan. The play uses the actors’ own languages (English, German, Hebrew and Arabic) as a play between speech and speechlessness. The question of how Willkommenskultur relates to assimilation and integration remains an open one, but one worth asking. 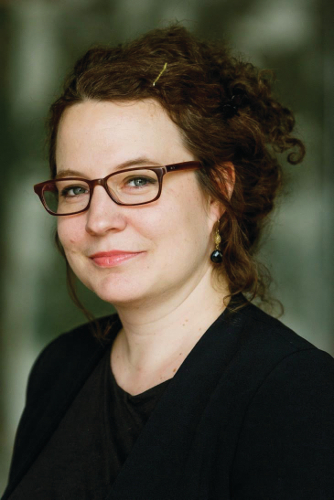 Claim to fame: At 36, Löffner’s pretty young for a TT invitee. We are excited to see where she goes from here, and over the moon that Theatertreffen is making space for the next generation of theatre makers.

Why we’re excited: First, because this is late, great Irish playwright Brian Friel’s adaptation of the Turgenev novel. It’s 1862 and nihilism is just becoming a thing. Two college students return home for summer after graduating from college and hash it out with the older generation who just don’t understand. Löffner takes her time with this one – the production is four hours long – which gives the conflicts time to both simmer and explode.

Claim to fame: She’s the head of the Schauspielhaus Cologne, and one of TT’s few returning female directors. The production invited last time, Romeo and Juliet, also won a big award from Theater heute magazine.

The show: Schiff der Träume (And the Ship Sails On), from the Deutsches Schauspielhaus, Hamburg.

Why we’re excited: Well, we hope it isn’t the latest instalment in the token use of refugees in shows with white creative teams to pull at the heartstrings of white audiences. Maybe it’s not! 90 minutes in, a self-indulgent, madcap Fellini carnival gets pirated by non-white actors playing refugees who want to stage a new play called Human Rights #4. No matter how this moment lands, a play so cynical about the future of Europe is a pretty bold festival opener.