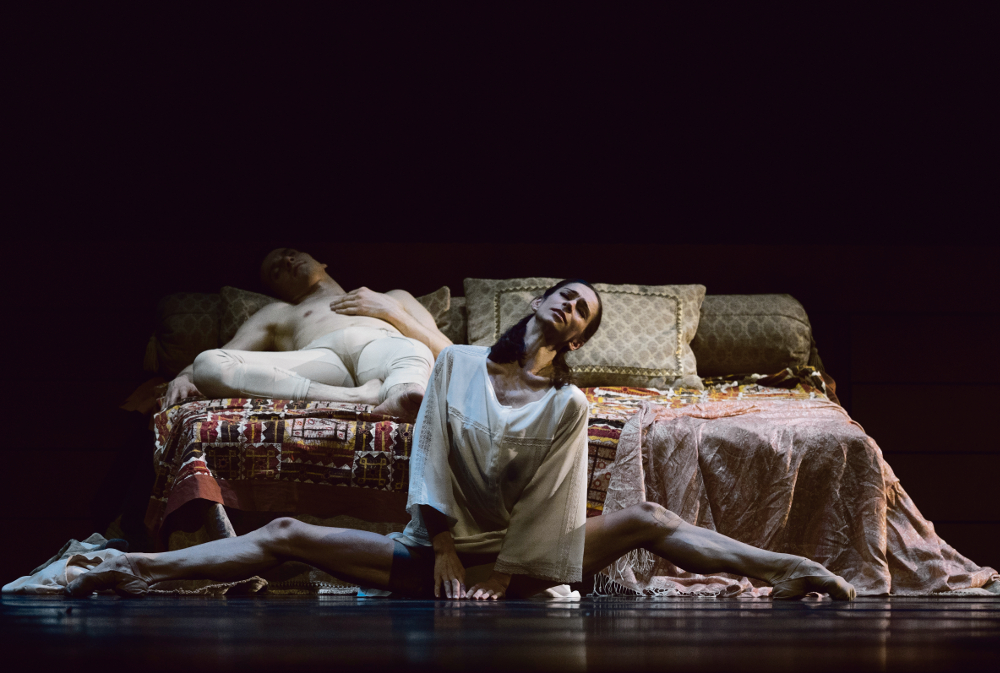 Romeo & Juliet premiered on the Staatsoper stage last month, but it isn’t much of a first-time for anyone involved: Polina Semionova has already danced Duato’s Juliet. So has Ivan Zaytsev his Romeo, both as choreographed by the Spaniard at Saint Petersburg’s Mikhailovsky in 2012. And back then Duato had already recycled his own Madrid version from 1998, as unforgiving Berlin critics were prompt to comment, crying foul on the shameless rip off. Truth be told, they’ve always been a little ruthless towards Duato, who took over the Staatsballett four years ago. Then again, the proud choreographer didn’t do much to win them over with arrogant posturing, lacklustre ambition and a recycling policy reminiscent of the Volksbühne under freshly-demoted Chris Dercon.

So expect a Romeo and Juliet that’s no more (and no less) than the ballet created 20 years ago: Duato’s signature blend of classical and modern ballet, i.e. plenty of flexed toes and squared arms, and choreography that one could call gender-fluid – with the feminised body language of male leads, and, conversely, a more androgynous approach to female soloists that challenges classical ballerina orthodoxy. Doing the same novel modern stuff for 30 years can feel as repetitive as good old ballet. And that’s what you get: a capable corps de ballet that shines through with endearing ensemble pieces; solid supporting leads and duets executed with awe-inspiring fluidity and great overhead lifts. As for costumes and décor, they cut out alluring stage aesthetics, lightyears away from the tackiness (or shabbiness) usually on display at Berlin operas. But the star of the night was Semionova, who as usual did the job with effortless skill and grace to the usual display of rapturous audiences. Duato’s set to bow out later this summer and she will stay. But it’s your last chance to see Semonova as Duato’s Juliet – new management under Sasha Waltz/Johannes Öhman won’t be keeping the production in repertoire. So Madrid import or not, it’s now or never.