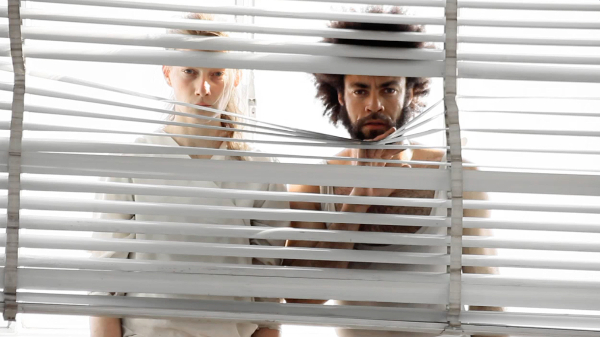 As that bastard old man winter begins his inevitable descent on our Stadt, riding merrily on his coattails is the Nordwind arts festival. Artistic director Ricarda Ciontos, curator Solvej Helweg Ovesen and team have gathered a diverse set of international artists representing not only Nordic countries but the Arctic region, Africa and of course Germany, who’ll be doing their thing over six different performance venues (including one in Hamburg).

If you missed the November 7 opening, don’t fret. A whole host of performances, concerts and discussions will be taking pace over the next five days at gallery Savvy Contemporary and the beautiful (if morbid) ex-crematorium Silent Green, including a jazzy collab between Finn Jimmy Tenor and the West African Kabu Kabu ensemble (Nov 9, 21:00); a post-colonial performance art piece from the German-Kenyan Syowia Kyambi (Nov 8, 18:30); and a combination film/dance work from Greenland director Ivalo Frank (Nov 9, 19:15). It all culminates at Silent Green on Saturday, Nov 11 with Greenlandic DJ and Nordwind Artist in Residence Uyarakq blessing the 1’s & 2’s along with the Queen of Afrobeat DJ Cambel Nomi.

Fast forward to the end of November to catch the weeklong Martyr Museum installation at Kunstquartier Bethanien (Nov 29-Dec 6), which attempts to answer some very heady questions about martyrhood. A binarual audio experience will take visitors on an objective and informative journey into the lives of Saint Stephen, Jeanne of D’Arc, and Omar Ismail Mustafai, one of the the shooters at the Bataclan in Paris. A series of discussions will acompany the exhibition and allow those who dare to walk in a martyr’s shoes.

Finally, Finnish-Israeli artist Dafna Maimon will pay tribute to the first-ever falafel and kebab restaurant in Helsinki, Orient Express (which also happened to have been owned by her father), with an eponymous micro-historical research exhibition at Galerie Wedding (Nov 16-Jan 13). As part of it, she’ll be reconstructing her father’s falafel stand – food included. Get a taste on November 11 with the symposium “Non-Orientable Surfaces”, in which she’ll discuss having had a front row seat to one of the biggest cultural clashes in modern Finnish history.