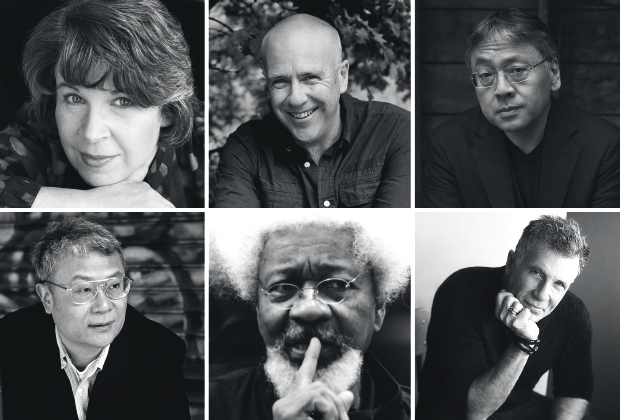 TAKE IT TO THE STREETS

The festival kicks off with a daylong campaign called Berlin liest (Sep 9), in which anyone can read a text aloud, in any language, anywhere they’d like – in the U-Bahn, at the park, outside a Späti, wherever. For the first time, the event has a theme: all the texts relate to refugees and asylum seekers. Check the festival’s website to see when and where readers will be popping up.

In past years, the fest has drawn an impressive slate of Indian authors. This year, it turns its focus to India’s neighbour, with six authors from Pakistan. They include novelist Mohammed Hanif, whose darkly comic A Case of Exploding Mangoes was long-listed for the Man Booker Prize, and Kamila Shamsie (A God in Every Stone), whose vivid fiction often draws on history (Sep 16, 19:30). On the non-fiction side, there’s one-time militant and Taliban expert Ahmed Rashid (Taliban: Militant Islam, Oil and Fundamentalism in Central Asia) (Sep 12,14, 19:30), as well as political commentator and journalist Raza Ahmad Rumi (Delhi by Heart: Impressions of a Pakistani Traveller) (Sep 12,14, 19:30).

Issues of sex(ism) and women’s exploitation/liberation are still very much alive as testified by guests including the fierce-minded, 28-year-old British writer Laurie Penny (Unspeakable Things) and outspoken Egyptian-American journalist Mona Eltahawy (Headscarves and Hymens: Why the Middle East Needs a Sexual Revolution) and American theorist J. Jack Halberstam. All in all, five events on the current state of feminism (Sep 11-13, 14 and 17).

For the fifth year running, the festival has an entire day (Sep 13) devoted to graphic novels. Events, all of which are held in English, feature guests from more than a dozen countries. Seek out French stars Joann Sfar (The Rabbi’s Cat) and Riad Sattouf (The Arab of the Future: A Graphic Memoir), both of whom draw on autobiography and religious heritage in empathetic, sharp-witted ways. Both have also contributed to Charlie Hebdo. Israeli Belgian-born graphic novelist Michel Kichka contributes more autobiographical food-for-thought.

Nearly 20 events focus on the future of cities. The programming takes both literary and scientific angles, with authors – such as Roddy Doyle (Paddy Clarke Ha Ha Ha) from Ireland, Sonia Gomes (The Daughter of the General) from Angola and the Beirut-born Rawi Hage (Cockroach) – in conversation with sociologists, architects, urban planners and more.