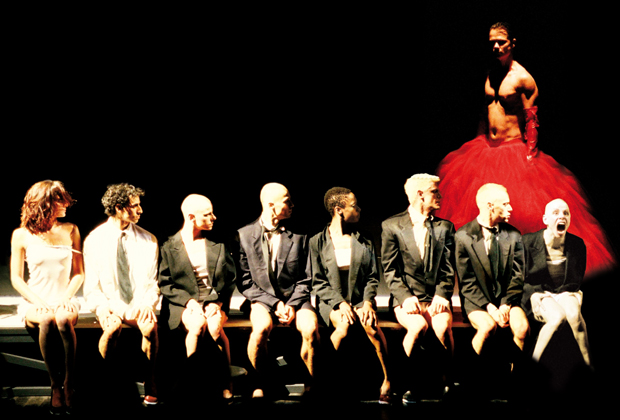 UNIDRAM, one of the major Festivals for Off Theater in Germany invites you to a loooong Tuesday. Watch your life again after your death as a kind of film with the Berliner Lacrimosa, walk through the seven stages at the visual obstacle course of Traversées between the imaginary and the real, the visible and the invisible or peep into the secret of a motel (Motel – First Room) on the Long Night of Short Cuts. There is even more of dubious conspiracy this evening: a sofa and an armchair in red leather, Motel – Second Room hides a man and a woman somewhere at the edge of a world.

Express Fight Club is a reflection on the movie framed as multimedia theatre choreography. But we have to shut up at this point, like they say in the movie: “First rule of Fight Club: Do not talk about Fight Club.” Two cheerful, eccentric ladies, unconventional dresses, dialect enthusiasts, deeply rooted in their Heimat with well-equipped multimedia (Obermorser &Scheiblemeier) and Damien Bouvet’s “acoustic body” sound performance are also part of the promising repertoire.

The performance-marathon in Schiffbauergasse starts at 18:00, with the last flash at 23:50. The full price of the Long Night ticket bought on the spot is €20 (€15 reduced, €10 for students).

The International Theater Festival Unidram is on until November 6. For a detailed program visit the website to the left.