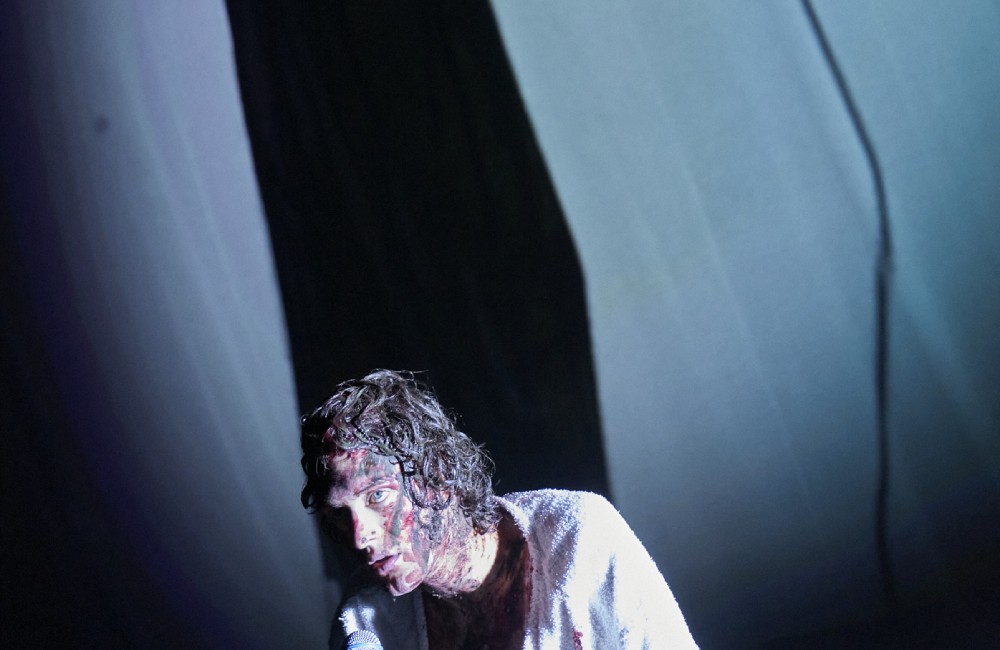 Commissioned by Berliner Ensemble, well-established British dramatist Dennis Kelly has written an epic spanning five generations, taking us into a future shaped by an increasingly radical movement called The Regression. Trying to heal a personal sense of loss, its founder hopes to find alternatives to our globalised, high-tech society by looking back to the past for ways to create a simpler, more nature-connected society. The tactics of the group combine reason and the esoteric, legitimate protest and propaganda. What Regression stands against is clear – soil destruction, gene manipulation, mobile phone radiation – like much speculative fiction, the play’s addressing contemporary issues.

Kelly’s play is in familiar dystopian territory. His works for television, 2020’s The Third Day – featuring a group of islanders who want to preserve their traditions at any cost – and the black comedy of 2014’s survivalist conspiracy thriller Utopia mine a similar vein. Director David Bösch also has experience in both comedy and tragedy and should be able to make the most of the piece’s emotional register, bringing alive  its satirical exaggeration and doomsday realism. He’s brought along his favourite set designer and long-time collaborator, Patrick Bannwart, to help realise his vision.

So people, face up to see what might be in store for us… what’ll it be?: Civil disobedience or civil war? Transformation for the greater good, or simply cataclysm?