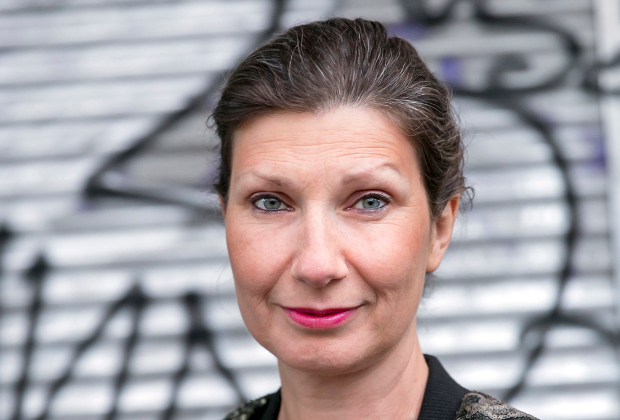 Maybe you’ve heard about all the bad blood at the Volksbühne. Artistic director Frank Castorf is out after 25 years, former Tate Modern director Chris Dercon is in, and some are pissed. But – who, exactly? And why? Here to break it down for you is Evelyn Annuß, theater scholar, curator, and Castorf adherent. She initiated the Petition to Renegotiate the Future of the Volksbühne, with 40,400 signatures and climbing. It’s gained enough traction that the Volksbühne’s budget is now back on the table at the Berlin Parliament. We ask her what she ultimately hopes to accomplish.

What do you ultimately hope to accomplish with the petition?

Our ultimate goal is to have the decision revised to liquidate the Volksbühne, which is probably the most important German-speaking theater. This decision was announced in 2015 by the social democratic party: by the former Berlin state secretary for culture, Tim Renner, and signed by the former senator for culture, our mayor, Michael Müller. Without any open evaluation or public discussion, a top down decision was made to hire an art curator as a replacement for one of the most well-known German theater directors – Frank Castorf, who had run the Volksbühne together with his team for 25 years pretty successfully and created a specifically Berlin aesthetic brand, which is internationally acknowledged.

The decision counters the official budget guidelines of the Volksbühne, as became very clear after the Dercon team introduced their program for the next season. According to the budget guidelines the Volksbühne is defined as a repertory speaking theater with its own ensemble. This has been liquidated by the Dercon team. They announced exactly one premiere (with six showings) on the big stage in the area the Volksbühne is supposed to work in – speaking theater: a single one production by Susanne Kennedy. Everything else called a premiere is apps, concerts or at least international festival productions.

Is there a kind of east German xenophobia behind all this? Is this a conflict between the advocates of old Berlin and a newly internationalized city?

Absolutely not. I am not an original Berliner. Look at the cultural cityscape: There are people from anywhere in the world working at the different theaters, opera houses, etc.: Annemie Vanackere at the HAU or Barrie Kosky at the Komische Oper. Think of the important role Daniel Barenboim plays in this city. The difference is: their work is connected to Berlin, to its population. They do not try to get rid of existing structures just to fly in international productions, which have their own brand already. They work with the people, they address the city.

It is an election year, war continues in Syria, global warming is on the rise – and the big issue in Berlin is the VB changeover. Why is this cause important? What is at stake here?

You are absolutely right. There are other things on the agenda. My major concern is the border politics of this continent, the masses of people drowning in the Mediterranean. However, I think there is a connection between growing practices of exclusion in this context and what is happening here at the Volksbühne, which is about gentrification. The old Volksbühne with its communist history has become one of the icons of this claim. This is why people who work against housing speculations joined in the protests against the changeover. The Volksbühne managed to combine artistic skills, sex appeal and leftist politics, whereas the new curator model the Dercon team stands for is rather perceived as only caring for marketing strategies that are the same anywhere.

I think renegotiating the future of the Volksbühne could be an absolute success model for the left, in order to re-integrate people into the political decision-making processes, because the Volksbühne appeals to so many different segments of the population. The success of the petition so far called into question my own disenchantment with politics.