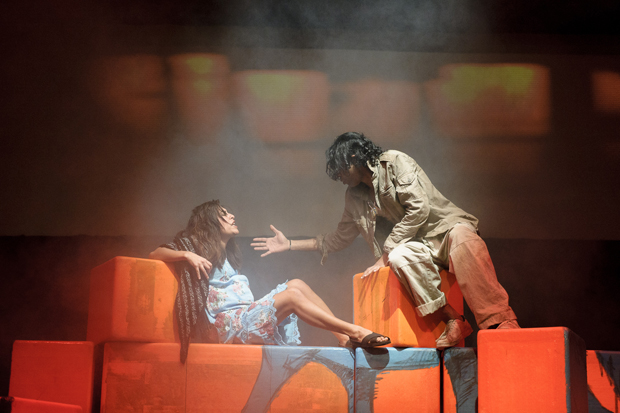 Opening in the weeks after the Multikulti debate in Germany reached a new level, the Platypus Theater’s adaptation of T.C. Boyle’s Tortilla Curtain (adapted by Peter Scollin and directed by Anja Scollin) took on an even more poignant resonance.

The plot revolves around two couples living in southern California: one a typical suburban-yuppie unfulfilled married couple (Christian Serritiello, Melissa Holroyd) and the other, a pair of illegal immigrants from Mexico (Andrea Pani Laura, Kenneth Phillips).

Unfortunately, the length of the adaptation doesn’t allow for much character development but the actors do an extraordinary job of portraying the complex ideologies and emotions that go into the sometimes oversimplified immigration debate.

The Berlin-based husband and wife company has been known for theater aimed at pupils studying English. This production shows that they can also stage an intelligent and theatrically well-constructed piece suitable for grown ups.