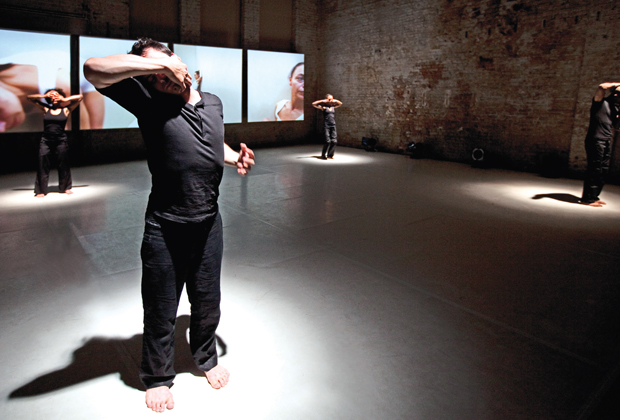 After you walk down the courtyard off Prenzlauer Berg’s Kastanienallee, the scene begins to shift, and yuppie families and hipsters are replaced by dancers, from young to old, first timers to professionals.

In the industrial-meets-art-chic mode indigenous to Berlin, the Dock 11 spaces were slowly carved out of a 19th-century factory by the organizational team of Wibke Janssen und Kirsten Seeligmüller.

Since its official founding in 1994, Dock 11 has become one of the most exciting venues in Berlin and has made a name for itself within the international contemporary dance scene, while maintaining its program of dance education, boasting some 900 pupils a week.

Dock outpost Eden studios opened in Pankow at the end of 2009, as part of the northward trend as space in the city center becomes more expensive and venues like the Ufer studios in Wedding start to become more attractive.

The groups performing at Dock and Eden are still mostly independent and under-funded, meaning that the bare-bones aesthetic focuses more on substance in movement than flash of costumes or lights.

Overall, the venue focuses on creative diversity, allowing artists to give voice to their own visions, no matter how contradictory they might be from one piece to the next.