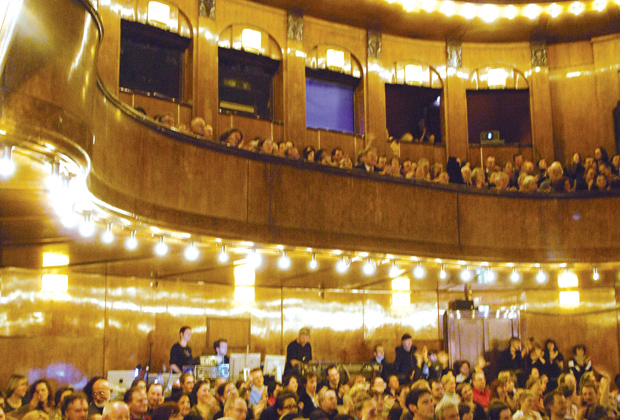 For years the Hebbel am Ufer theaters in Kreuzberg have offered the best, most experimental international programme the city has to offer in a bold blend of contemporary dance and multimedia performances.  HAU was named German theater of the year in 2004, the year after Volksbühne veteran Matthias Lilienthal came to the helm, making it the only Berlin theater to earn the distinction on its own since 1998.

This month’s program will be more international than ever, with a slew of English-language performers, like Janet Cardiff and George Bures Miller, who present their new installation work Ship O’Fools (May 17-22, 24-29, 31) alongside their previous video walk through HAU1 Ghost Machine (May 20-22, 24-25). Staples of the contemporary American anti-theater scene, Richard Maxwell and his New York City Players perform their ‘musical’ piece Neutral Hero (May 26-29) and Tim Etchells of the Sheffield-based Forced Entertainment is back with his intimate theatrical library tour The Quiet Volume (May 12-16, 19-23).

If that wasn’t enough, the program also includes lectures and Lunaland (May 26-29), an entire weekend of party and performance at Berlin’s own abandoned theme park in the Spreewald.

For a complete program in English visit www.hebbel-am-ufer.de/en