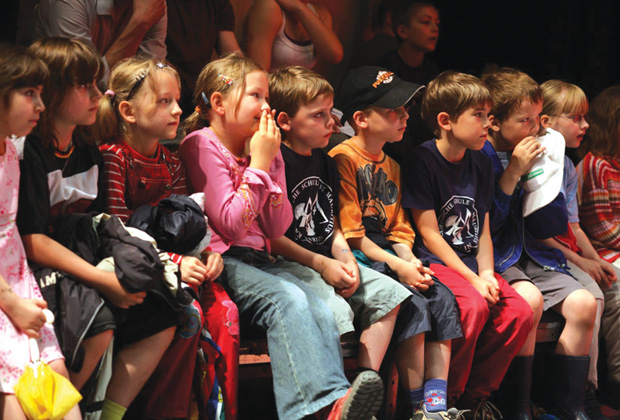 Children’s theatre often gets a bad rap, evoking drawn-out versions of Cinderella performed with puppets and hungover, bitter puppeteers. But just because school often forces kids to attend these kinds of stage productions doesn’t mean that they have to be shoddily executed, boring retellings of simple stories.

One of Berlin’s Jugendtheater venues, the Theater an der Parkaue likes to imagine itself as the Volksbühne for youth. And it often lives up to this ideal.

The emphasis is often on the visual: productions incorporate pretty much every theatrical tool known to man to create novel worlds in the confines of the three-theater complex in Friedrichshain.

Sometimes this results in narrative confusion (the repertoired Aus dem Leben eines Taugenichts) but it often coordinates perfectly (Die Brüder Löwenherz) and serves as a reminder that even an iPhone 4 can’t beat the theater for riveting collective experiences. This month through mid-December also sees the return of the English-language production Is There Anybody Out There, appropriate for 10 to 12-year-olds.