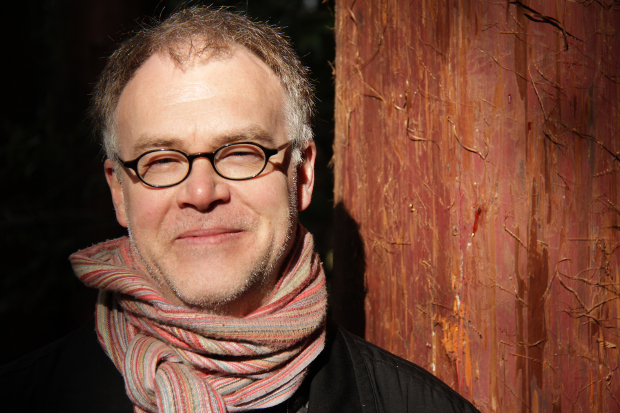 Experimental classical music often brings to mind boring, cold and painfully dissonant evenings of academic works, far from the world of Mozart or music videos. Composer and director Gene Coleman is trying to shift that reputation by furthering possibilities for the simultaneous presentation of music and visuals as one Gesamtkunstwerk. Highlighting the diverse relationships between sound and moving images, his new score for the 1926 Japanese cult silent film A Page of Madness and the world premiere of his Buckminster Fuller-inspired work Spiral Network come together in his Portrait at this year’s MaerzMusik festival (March 15-24).

This multimedia live double feature, featuring the Vienna-based Ensemble PHACE, will take place in one of Berlin’s most intriguing not-quite-rediscovered venues – the former silent film cinema Delphi up on the border between Prenzlauer Berg and Weißensee.

What makes this particular film special in terms of creating a musical score?

What became most interesting for me was trying to deal with its different modalities. There are scenes in it that look like something Stan Brakhage would have done, so it’s using these very experimental techniques and on top of that, it’s actually completely coherent and complicated as a narrative film.

Most of it centers around director [Teinosuke] Kinugasa’s efforts to portray madness as a psychological condition in visual terms. They used some sort of lens that they could modulate to distort the image. So you see the woman, who’s one of the main characters, and her husband and she’s looking at him. Then there’s the cut away to him and it’s all out of focus and you can just barely make out that it’s him. This is how she sees him – it’s such an amazing idea at the time, that someone would have such a notion of abstraction and how to link it back to narrative and portrayals within someone’s psychological framework.

And how did the ideas of Buckminster Fuller lead to the creation of The Spiral Network?

Fuller was famous for giving these really long talks and his Philadelphia lecture series Everything I Know was that idea taken to this almost mad extreme. Just Fuller’s proposition of “everything I know” is a little bit frightening. You’re going to take everything that’s in that brain, and externalize it?

Could easily lead to oversharing…

Well, it’s probably not literally everything (laughs). Everything I know that I want you to know, is probably more of what it was. But I just really loved the idea. What it conjured for me was this notion of a Tower of Babel: this extremely complex maze-like thing being exteriorized. I’ve been very interested for a long time in spirals and vortexes as formal devices in compositions, so I thought maybe I could use the idea of a spiral and vortex as a formal model to represent Fuller’s attempt to go from the inside to the outside.

Why did you decide to show these two works together?

I wanted to show the Berlin audience what a composer can do at this point in time in terms of making music to go with moving images. One of the possibilities is creating music for something which is an established historical object, like with A Page of Madness. Of course within that there’s way too much conservative and staid practice about what is appropriate music for a silent film. There’s all sorts of space to sort of blow those conventions away, which is what I’m trying to do, modernising the experience but also greatly expanding the emotional and expressive range of what the sound and the image can do. So instead of hearing quaint little organ music prattling along, you suddenly have this whole range of color and texture and it’s really amplifying what’s already there in this film.

And then the other way is actually directing the film and composing the music, doing both those things together under one structure: an integrated approach where you don’t start with the image or the sounds but you’re trying different sorts of patterns and configurations.

Looking to get beyond the typical ‘new music’ audience?

I think for us as practicing artists who do things that are not mainstream, we have to be constantly evaluating how we can change the dynamics of this game, and just sort of accept this ghetto that we’re put in: that there’s no possible way that people who are outside of our framework can enjoy, embrace and get excited about the things that we do. But I think that it’s possible. So how do you get there?

There is this thought that post-war European modernism made new music inaccessible to a wider audience, but that’s been shifting over the past decade. Why do you think that is?

What’s really driving this is younger musicians coming out of conservatories and having to think very differently about what they can do with the skills that they’ve obtained. There’s still classical music gigs, but maybe also playing for a rock band or collaborating with living composers. And there are all these little funding pools for these things, so younger classical musicians are realizing that they have to freelance and have artist-like piecemeal funding, instead of thinking that they can go out and get one gig and problem solved, “Now I’m a professional musician for the next 30 years”.

Artistic connections around the world are becoming a theme of the 21st century, how have you managed to create such a global network?

By forging personal relationships with individual musicians and inviting them to collaborate with me. Globalisation as a term for me really boils down to the conditions under which forms of interaction are possible now that weren’t before – whether that’s the ease or relative lack of expense of travelling to other places, or enhancing these relationships further through the internet.

It’s possible for an artist to create their own global network which they can use to some extent to sustain themselves, and that’s both an economic and an artistic proposition.

Maybe this is the basis for artistic practice in the 21st century: how these different networks of people collaborating will evolve. There will be individual voices in that, but probably much more collective art making. There’s a lot to look forward to.