What does national pride actually, ACTUALLY mean? Can you really be proud of something you haven't actually […]

Berlin will be rocking for Sunday's game between England and Germany. A screaming mass of face-painted, stupid-hatted, […]

Sat at my day job watching South Africa vs France, with the cricket one dayer on the […]

I met Gerd Müller the other day. He was out celebrating Germany's excellent victory over Australia on […]

Jacob Sweetman: Why I might not want Germany to lose in the World Cup 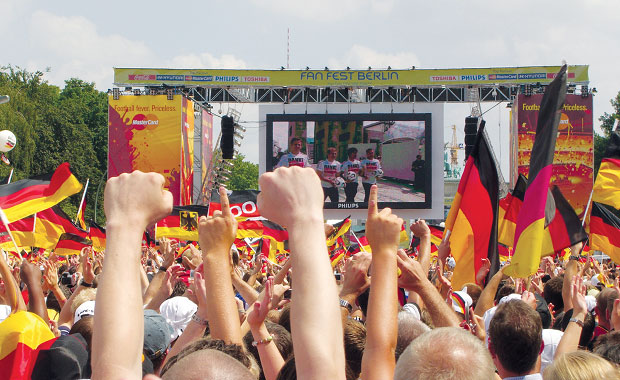 The World Cup: where to watch it in Berlin