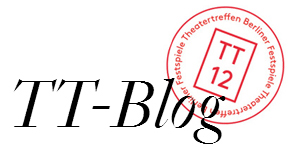 This is it. The almighty Theatertreffen jury has travelled Germany, Austria and Switzerland searching for the “most remarkable” German-speaking theatre productions of the season, and the verdict is finally in. Of the 430 plays the seven jury members managed to collectively attend, 10 have been invited to the Theatertreffen Festival in Berlin this May (4-20 – put it in your diaries).

I say “invited” to Berlin, but in fact exactly half of the chosen productions are already here. Not only that, they’re on in the same Berlin theatres: Hate Radio and Before Your Very Eyes at Hebbel am Ufer, and John Gabriel Borkman, Kill Your Darlings! The Streets of Berladelphia, and Die [s]panische Fliege at the Volksbühne.

At the press conference last week we were reminded several times just how many productions at how many different theatres were considered by the tireless jury. Yet despite all those hours on the Deutsche Bahn, all that sampling of regional delicacies, Berlin dominates the list. Not exactly a ringing endorsement of the rest of the theatres in the German-speaking world, or is another bias at work?

But it’s good news for me – I’m one of this year’s six official Theatertreffen Bloggers, by the way, and your English-speaking window into all the excitement from now until the end of the festival. As a Neu-Berlinerin, pretty much all of these Berlin productions have been on my To-Do list since my arrival (below “tidy up”, which might as well be written in permanent ink).

Just a few weeks ago I ran full pelt down Stresemannstraße to try to get an on-the-door ticket for the last night of Before Your Very Eyes and failed miserably – thank the theatre gods for the Theatertreffen!

It’s going to be a hardcore line-up come May, particularly given the mammoth 8- to 12-hour Ibsen, Salzburg’s two-part Faust, and the Sarah Kane triple bill from Munich, so getting a headstart might not be a bad idea. You can still catch Kill Your Darlings! and Die [s]panische Fliege at the Volksbühne – who also promise that John Gabriel Borkman will be “coming back soon.”

And Hate Radio is returning to HAU 2 from March 1-3. Festival tickets will be on sale starting the April 14, and most performances will have English surtitles, enabling access for even the most stubborn Teutophobes, but we’ll keep you posted as the fest draws nigh.

In the meantime, watch out for previews, discussions and more right here on the Exberliner blog – and don’t forget you can put in your two cents in!

Read more at the Theatertreffen Blog.