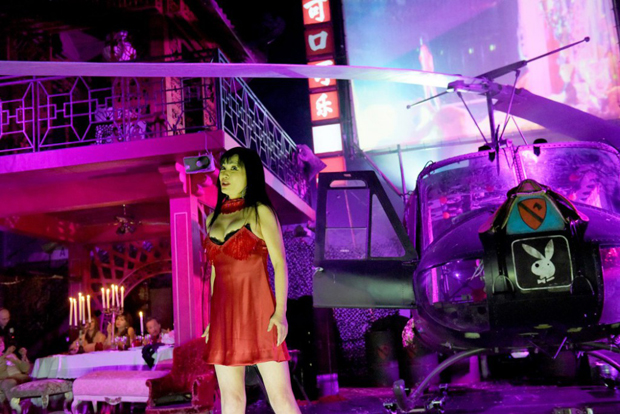 This year’s Theatertreffen went out with a bang. Sunday’s presentation of Baal was the last hurrah for Frank Castorf’s controversial production, which was attacked by Bertolt Brecht’s publisher, Suhrkamp, as an “unauthorized adaptation” – Castorf added numerous other texts to the original play. Rebecca Jacobson was witness to the madness.

In case you hadn’t heard, Sunday’s Baal was the last Baal.

It was also my first Castorf.

Before Sunday, I knew about as much about the Volkbühne’s outgoing artistic director Frank Castorf as fellow blogger Annegret Märten (for your own primer, see her delightful post here). Honestly, I’d probably heard as much about Chris Dercon, his successor.

So, on the occasion of my first Castorf, here is what struck me about the Münchner Residenztheater production, drawn largely from my desultory notes:

Wow, we’re really being screamed at. But I kind of like it. Maybe it’s this rockabilly-Americana-good-ol’-boy music and the actors’ jittery movements and rhythmic hip thrusting, but I’m digging this. Not that I understand any of the German. Is my German really this bad? Why can’t I understand anything? Whatever, more hip thrusting!

There’s more camera-chasing here than on reality TV. Except the camerapeople on The Real World never get such hot-and-heavy close-ups.

Whoa, a swimming pool! Now we’re in an episode of Fear Factor.

I haven’t smelled this much patchouli since the Talking Straight Festival two weeks ago. Mopt! Mopt!!!

Right, now we’re fucking a dead pig. I’d read this was going to happen. This would never fly in Leipzig.

Aaah, these rain sound effects are soothing. I’m going to close my eyes for a sec.

War is chaotic. Drugs are weird. Hell is green.

Now the actors are surfing against a green screen. Is this a comment on America?

Now they are green-screening “Apocalypse Now Redux.” Is this a comment on America?

Doesn’t that image of the Asian guy look like Colonel Sanders? Is that the Coke swoosh below him? Is this a comment on America?

Is this my own American exceptionalism?

So yeah, I may be guilty of American exceptionalism, but I’m finally understanding some of the German. Including this sentence from Coppola’s film: “Zwei Seelen wohnen in dir. Eine die tötet, und eine die liebt.” Deeeeeep.

They finally climbed into the helicopter!!! Thank goodness. You can’t put a fucking helicopter onstage and not go inside. And no place is better than a chopper, don’tcha know, for some lascivious leg-wound licking.

There are a lot of textures and patterns here. Sequins, silk, mesh, tattoos, lace, camo, leopard print, beads, (p)leather, aluminum, blood, saliva, sweat. Obscured by a hell of a lot of fog and smoke.

Maybe these women are being objectified, but damn are they athletic.

I think one of the actors just said something about not understanding anything, but feeling everything. I feel, man. I feel.

Hang on, I do understand this—they’re making a joke about using foreign texts. Take THAT, Brecht heirs! Oh, and now a joke about Claus Peymann! I get it! I get it!

All over. All over.