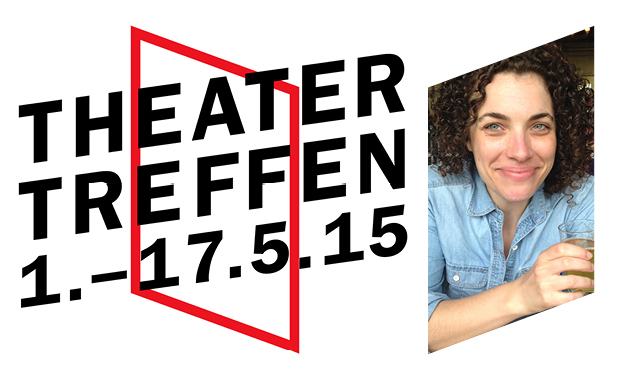 What’s Theatertreffen? I once heard an American critic describe it as the Super Bowl of German theatre. (Brits, that’s kind of like winning the Premier League, just with more commercials and glitzier halftime shows.) Every year, a seven-member jury zips across Germany, Austria and Switzerland, taking in scads of theatre to determine the 10 “most remarkable” German-language productions. This year – Theatertreffen #52 – they saw 379 shows. If each production averaged two hours (a conservative estimate, given that this is German-language drama), that’s the equivalent of 32 days at the theatre.

Of this year’s 10 shows, half are helmed by directors making their first Theatertreffen appearance. And three of this year’s directors are women – not bad for what’s historically been a boys’ club.

I’ll be covering the festival here and at the Theatertreffen blog, and I’ve got a few reasons you should follow along. Los geht’s:

And please, if you’re at Theatertreffen and see a curly-haired, sleep-deprived American with pretzel remnants across her face, say hello. I’d love to meet you.